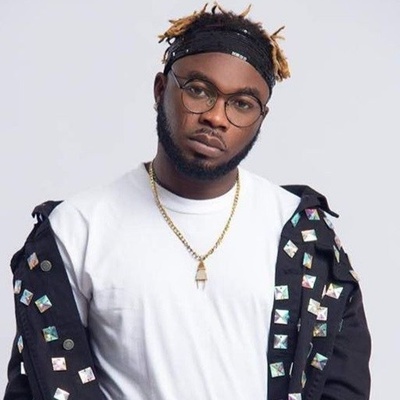 Nigerian musician, Slimcase is on a mission to get rappers back on the map.

The 39-year-old made the resolution after witnessing the decline in the number of rappers. You might recall coming across his rap show ‘The Slimcase show” on Instagram where he brings in young, talented rappers across the country to drop sizzling bars.

Taking to his Instagram today, he revealed that his vision is to get rappers back on the map. According to him, singers and afrobeats artistes are often celebrated, but no accolades to the kings and queens of hip hop. He noted that the lack of support and encouragement made many rappers abandon their genre of music to join the blues singers.

Speaking on his vision, Slimcase admitted that the load is obviously too much for him to carry, but he believes God will give him the strength to bring back rap. 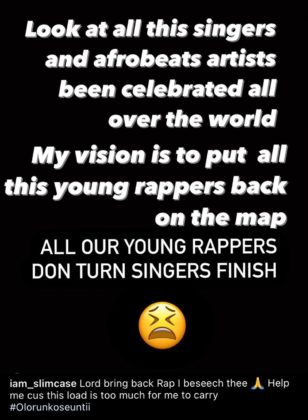