Over 10 Davido’s Hit Songs Written By Other Music Artists 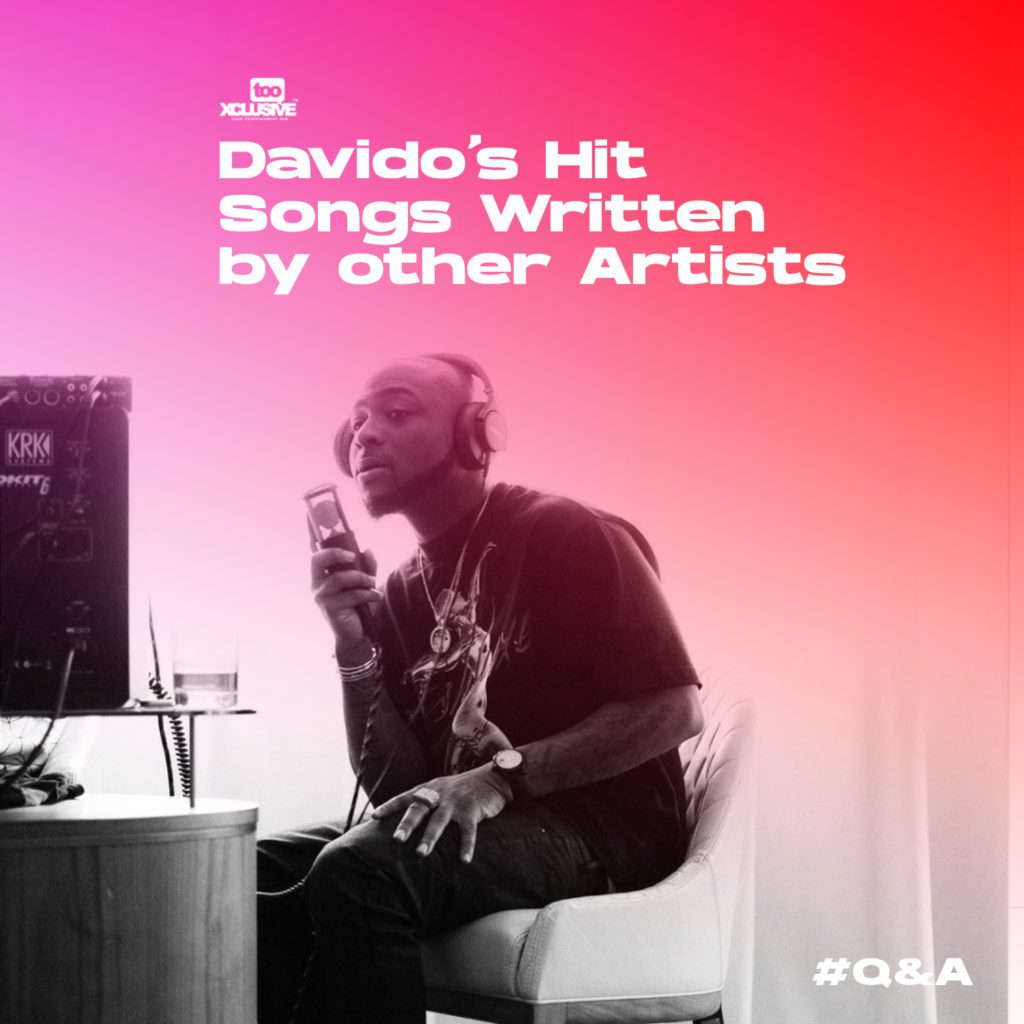 American Born-Nigerian singer Davido is one artiste with a huge number of Hit songs, among his colleagues. He is arguable the Nigerian artiste with high number of Monster jams and the so called Mega Hit! And he is also the only artiste that gives writers their well deserve Credits.

Today we will be looking at some of the singer’s Hit songs written by other music artists.

1 “AYE” – Produced by Tspize, Co-produced and Written by Runtown

4. “FALL” – Produced and Co-Written by Kiddominat

8. “Blow My Mind” – Produced by Shizzi, Written by WurlD

Watch the video below to get the full gist