P-Square’s “No One Like You” VS 2Baba’s “African Queen” – Which Would You Still Listen To? 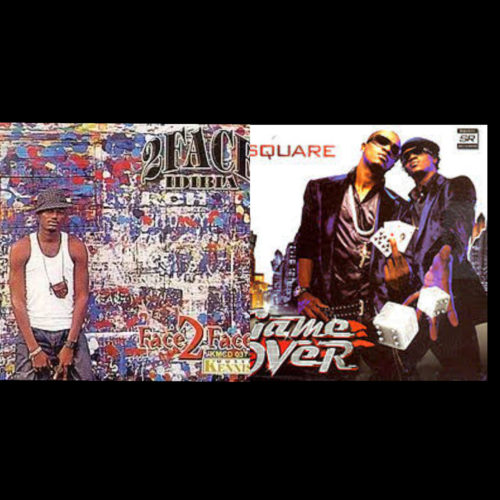 In the early 2000’s 2Face and P-Square were artistes that constantly burst speakers with hit songs. They are arguably the best artistes ever to come out of Africa and are still part of the heavy hitters in the music industry at the moment. Both artistes have so many notable tracks and it is safe to say that they have no bad songs.

“No One Like You” by P-Square is an afro R&B track off their third album “Game Over” which was released in 2007. The song is the most successful single off the album which received several remixes from international artistes. Written by the Peter and Paul Okoye themselves, the song topped charts for weeks and is one of the best wedding anthems recorded in the history of Nigerian music.

“African Queen” is from 2face’s  “Face to Face album” was released in 2004. This is one song that is known to not only the youths but also the old. The evergreen love song is still played constantly worldwide due to its beautiful lyrics which celebrates the beauty of the African woman.

However, since both tracks are huge hits, it is hard to choose which you would rather listen to. This brings us to ask this  “No One Like You” Or “African Queen” which would you still listen to?

Olaosebikan Olabimpe is a News Writer and Content Creator at Tooxclusive. Her idea of a great day is to be indoors snuggled up with a book and good music. She is also a passionate lover of rap.
Website
Submit your comment
22 total comments on this postSubmit yours
Popular Posts