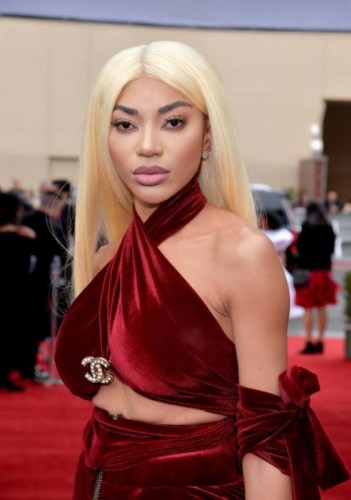 Cameroonian singer, Dencia has spoken about her desire to see the defunct music group, P-square, back on stage.

Recall, Peter and Paul Okoye, members of P-square separated in 2017 due to irreconcilable differences. After their separation, they both ventured into music as solo artists and are now known by their stage names Mr. P and Rudeboy.

However, Dencia felt they made a mistake as she took to Twitter to assert their return as a music group will be the biggest thing in African Entertainment.

According to the Queen of Shades, P-square has always been the heart of the African music scene and other african artists are fully aware of this fact. Dencia also opined that their show will be sold out in seconds as Africans will be eager to have a feel of their music after the reconciliation.

Psqaure coming back together as a group will literally be the biggest thing in African entertainment history. I mean their shows will sell out in Secs. They literally together hold the heart of entertainment (African continent) Argue with ur ancestors who will attend the shows.

No1 in Africa can touch the P square brothers on stage together. Stage presence A1 !! Greatest in stage performance outa Africa !! My sister wants to argue, I have said she can argue with her ancestors who will be at the show dancing too ??

The newly reconciled brothers, Paul and Peter Okoye have set tongues wagging after they asked fans to send money to...