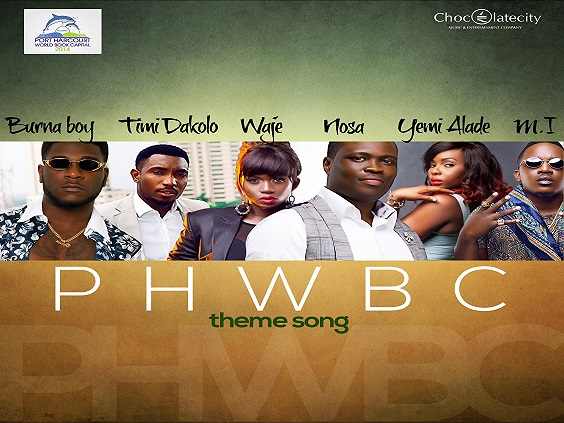 The theme song, which features the voices of notable Nigerian acts such as WAJE, NOSA, Yemi Alade, Burna Boy, Timi Dakolo and MI Abaga, is a joint project between Rainbow Book Club, project managers of the PHWBC 2014, and Chocolate City who are the official theme song project consultants.

The PHWBC 2014 theme song was written, arranged and produced by ace beatmaker GOSPELONTHEBEATZ and features a unique blend of soul, rap, reggae and R and B on a production that is bound to not only pass across the message: “Books: Windows to our world of possibilities” but also tantalize the ears of listeners.

The PHWBC 2014 theme song is now available on the MTN network and can be the used as ring back tune by MTN subscribers by sending 711382 to the number 4100, via sms.