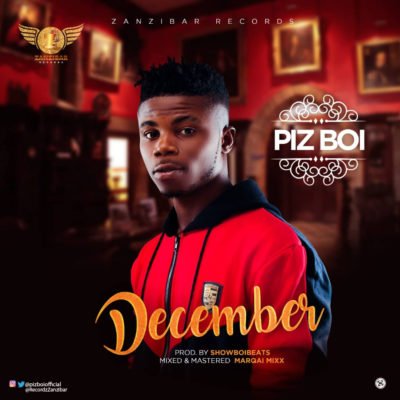 IFABUNIKE ANADI popularly known as Pizboi is one of the super talented young artists in today’s entertainment winning the hearts millions of Nigerians all over the world with his hit single #DECEMBER. The singer who was born In 17th of March 1994 to the family of ANADI in Idemiri Local Government Area in Anambra State. He is the first child/son out of five children.

Currently, Pizboi is signed to Zanzibar Recordz with a lot of unreleased songs from the label, including December. December is a sensational gyration song with an indigenous feel in Igbo language, produced by showboi. December the latest single from the stables of Zanzibar Recordz is currently making waves in the country via blog, internet, street and radio, social media as the video will be dropping soon.