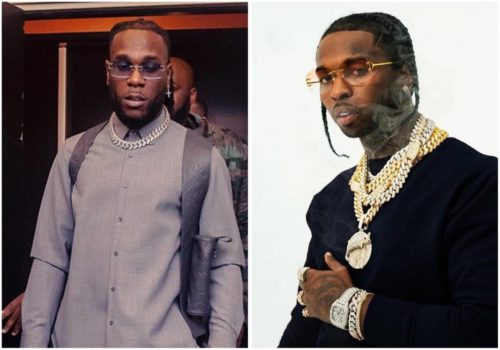 Nigerian award-winning singer, Burna Boy, has reacted to the death of American rapper, Pop Smoke who was shot dead yesterday.

Pop Smoke whose real name Bashar Jackson, was at a rented home in Hollywood, Los Angeles, when two men wearing hoodies and masks entered the house and fired multiple shots. He was later rushed to the nearest hospital where he was pronounced dead.

Celebrities both in Nigeria and the US have been pouring in tributes for the slain rapper and Burna appears to be devastated. Taking to his Instagram story, the “Ye” singer revealed that he recently contacted the 20-year-old rapper on Facetime a few days ago and that the rapper wanted him to be the one to bring him to Nigeria.

He wrote: “Spoke to the realpopsmoke on Facetime just a few days ago. He really wanted me to take him to Nigeria. I’m in real shock right now.R.I.P this world is unbelievable. 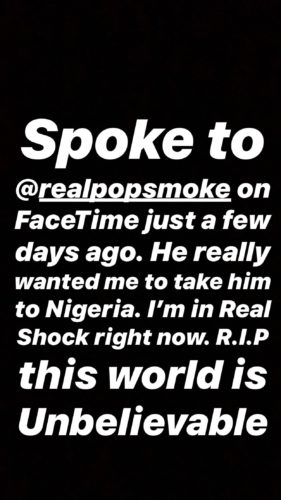 Who Should Be Praised For Redefining Afrobeat, The Artistes Or Producers?… My Thought

Who Should Be Praised For Redefining Afrobeat, The Artistes Or Producers?... My Thought