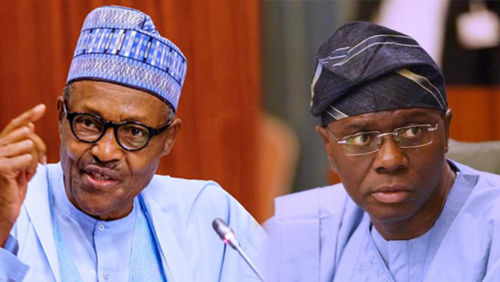 President Muhammadu Buhari and the Governor of Lagos State, Babajide Olusola Sanwo-Olu extended their heartfelt condolences to the family of Sound Sultan.

Sound Sultan born Olanrewaju Fasasi died at the age of 44 after months of battling throat cancer in the US. He was survived by a wife and three children.

In a statement released by the Special Adviser on Media and Publicity, Mr Femi Adesina, President Buhari noted the singer and actor lived an exemplary life, having done much to contribute to the Nigerian entertainment industry.

He recalled that Sound Sultan exhibited a lot of passion about issues concerning his country, as reflected in his musical works.

President Buhari prayed for the repose of the soul of the departed and comfort for his family, friends and associates. 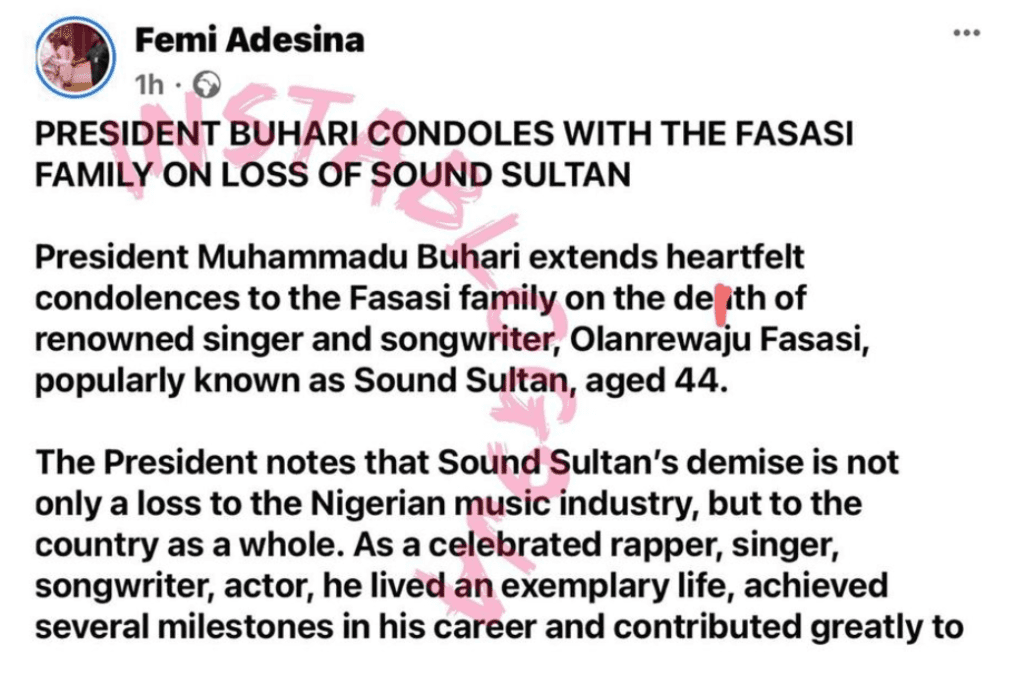 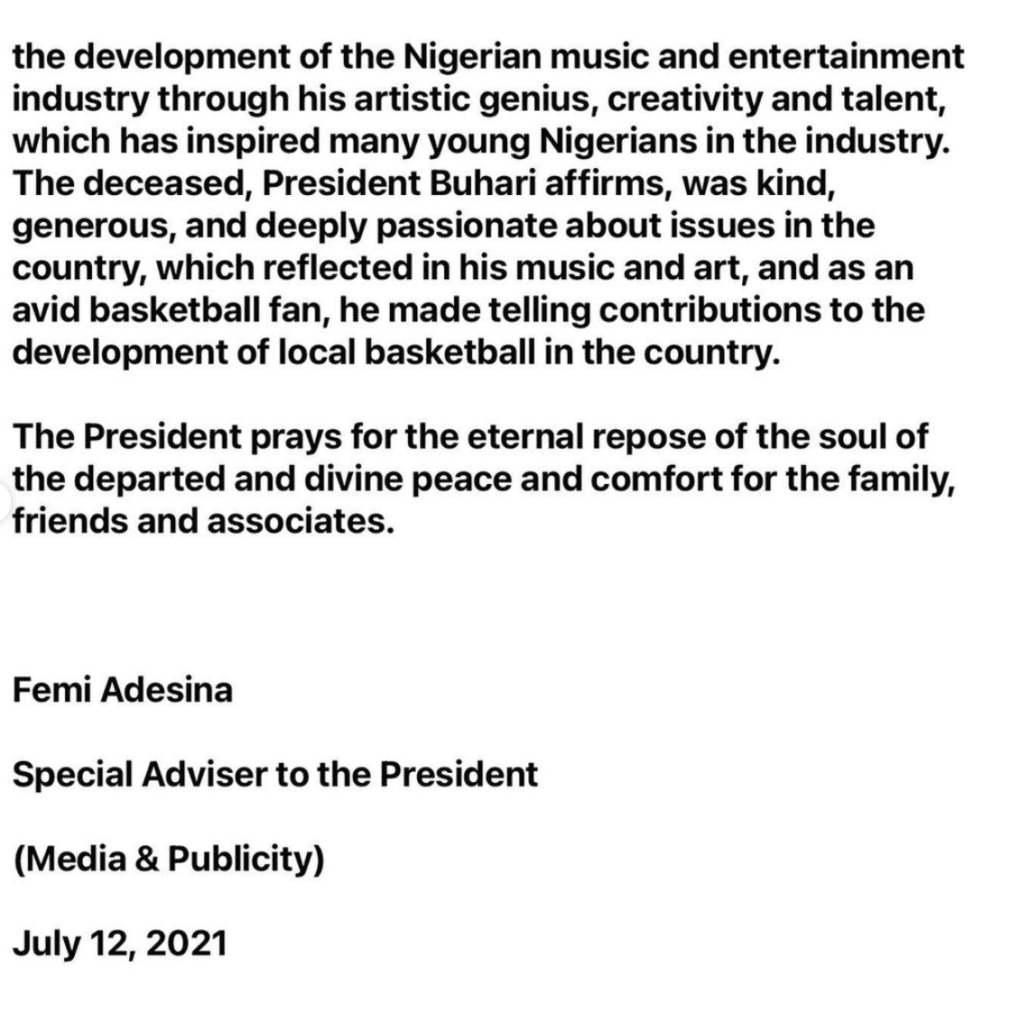 Governor Babajide Sanwo-Olu also expressed sadness over the death of Sound Sultan. In a statement on his Instagram page, he described Sound Sultan as a ‘bundle of talent’ who used his talents to advance the course of humanity.

He affirmed that Sound Suntan was kind, generous, and an activist who passionately spoke against the ills in the society.