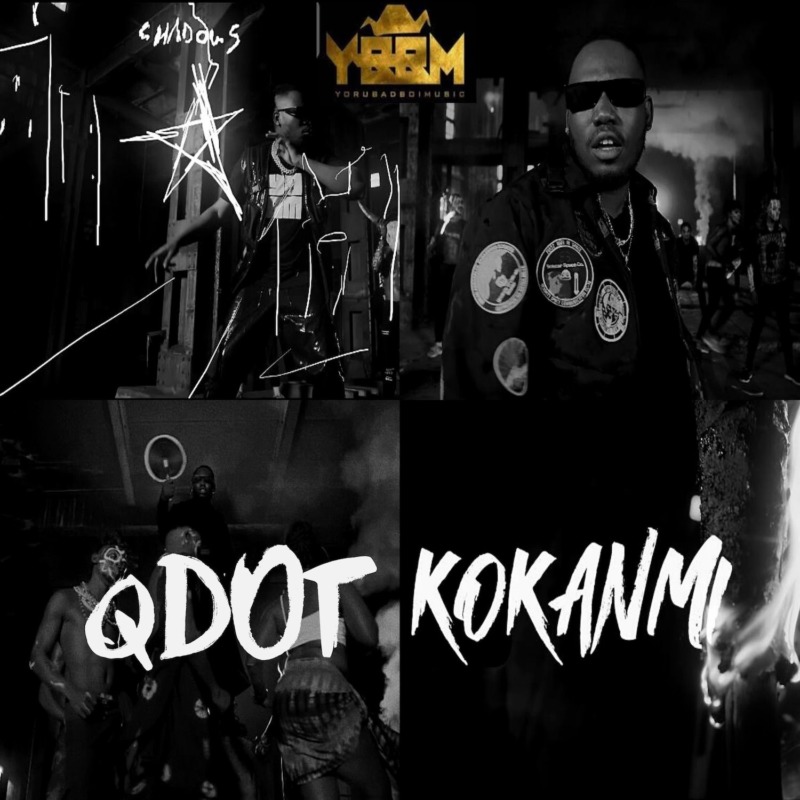 The Son Of Oduduwa, Qdot Alagbe returns with another banging tune he titles “Kokanmi”… Enjoy!

Qdot is an indigenous Nigerian musician from Ikorodu, Lagos State. He began his music career in 2010 and rose to prominence with his hit song ‘Alomo Meta’ in 2013. He has worked with different music producers (Antras, Indomix, CitiBoi, 2Tboyz, D’tunes among others) and also A-list artistes. 2014 he releases a popular tune ‘Ibadan‘ which featured Olamide Baddo. In 2015 Qdot released another Banger, ‘Ibeere’ (Question) which was on replay on TV stations and Radio stations for several weeks. He then started dropping back to back hits, same 2015 he dropped ‘Alhaji’. In 2016 he came with ‘La La Lu‘ featuring Lil Kesh. In 2017 he dished out ‘Apala New School‘ a Mega Hit that earned him more fans base and attention. Then 2018 and 2019 came and he served us the street loved hit song ‘Gbese‘.

2020 started well for with the releases his debut an uptempo single titled ‘Jaiye‘ which still popping. Not leaving it at fast beat alone Qdot follows with a conscious single titled ‘Jegele‘, it was quiet captivating, he talked about life events; betrayals and back-bitting and implores everyone to always believe in oneself and never to rely or put total trust on human, especially those we call close friends. Now he goes back to his uptempo street jam with the release of this brand new banger “Kokanmi“.

“Kokanmi” is a song with good beat, catchy lyrics and slangs. A Big Tune the street would relate to and get you on the dance floor. Qdot says he isn’t bothered with what people are saying about his originality… LISTEN!