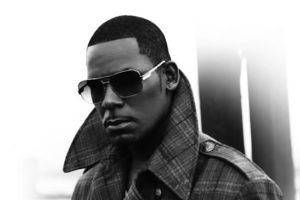 State officials in Illinois, US are steadfastly denying R. Jelly’s request to perform in his home state. The music festival in question appears to be the “Spring Break Jam” taking place on the Illinois State Fairgrounds in the month of April.

This announcement comes on the eve of yet another round of #MuteRKelly protests, scheduled to take place outside the main lobby of the singer’s personal recording studio.

“They had just submitted an application, and unfortunately we can’t control when an organizer begins promoting an event,” an Illinois Department of Agriculture spokeswoman was prompted to say before the ruling was finalized. Denise Albert, the very same spokesperson, has since relayed the States’ decision to the Associated Press. “Reasonably foreseeable problems with security caused by either the nature of the usage or the identity of the proposed lessee or his/her patrons” and “The welfare of the general community” were offered as justifications for Kelly’s plausible denial of a permit.

Just yesterday, police officers working under an auspicious tip of “wrongdoing,” held the R&B singer for questioning in his (Chicago) Trump Tower residence. As for the “Spring Break Jam” promoters who booked R.Kelly as a headlining act, they too might suffer the consequences of the ruling. Tickets for “Spring Break Jam” went on sale, under the premise of R. Kelly gaining a work permit. Now that it’s been rescinded, the promoters might be forced to refund a good portion of the tickets sold.