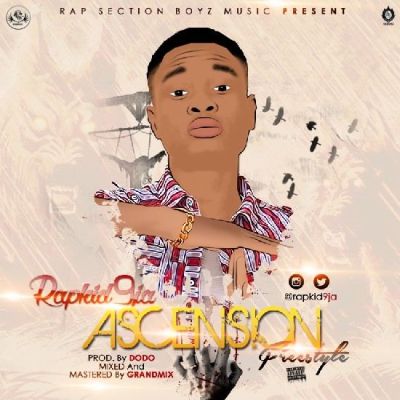 Rapkid9ja is not a new name in the industry, the young act who is signed under the Rap section boyz music (RSBmusic) After dropping Go gaga Ft Gentle which was massively received months back as it recorded
numerous downloads he finally drops new Sensational Hip hop single titled “Ascension”
He shows a new dynamic style and the beat  which was produced by Grandmix.
Enjoy!