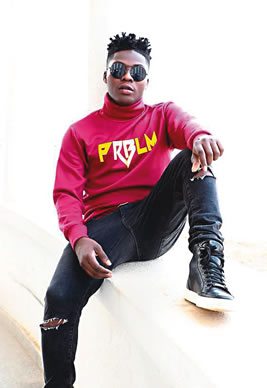 A lady has embarrased former Mavin Records singer and now Banks Music CEO, Reekado Banks on National Television as she called in while the singer was on a live show to accuse him of sleeping with her without paying.

Reekado who was seated excitedly waiting to receive some praises, admonishment and questions from the unidentified female caller got stunned when the words started coming out from her.

She expressed that she wants to know why Reekado had sex with her and refused to pay. However, the caller was quickly shut-out as her phone line was cut-off.

The presenters immediately expressed their disappointments at what the lady did and as well laid emphasis on the fact that the unfortunate & unbelievable incident that happened is the reason why some radio listeners are always being denied the chance to call in during shows.

Reekado Banks has however yet to give a proper response to the accusation which music fans are really waiting for and we would keep you updated once he does.