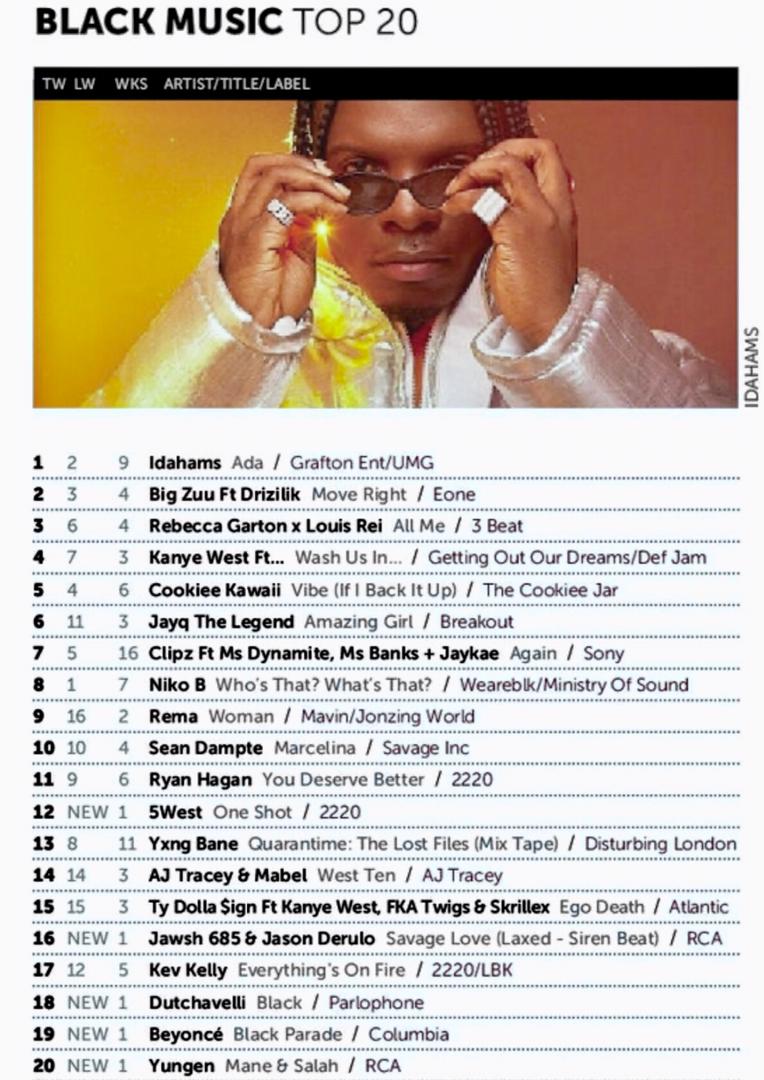 Two Nigerian musicians, Rema and Idahams, have made appearances in the top ten of the UK Black Music Chart shared on Monday, July 27, 2020.

Rema (Jonzing/Mavin) joins the chart at number nine thanks to his most recent single, “Woman,” eight places below Idahams (Grafton Entertainment/Universal Music Nigeria) whose “Ada” places at number one on the chart.

“Ada” is the lead single off Idahams’ 2020 seven-song extended play, Man On Fire, which crossed one million Audiomack streams less than three weeks after its release. The project has received more than 3.5 million streams across platforms since coming out in June.

Originally released as a single, “Woman” was re-released as part of Rema Compilation, a syndicated collection of loosies and singles from previous projects.

Both Nigerian artists are joined on the chart by music royalty either side of the Atlantic. Kanye West and Travis Scott’s collaboration “Wash Us In The Blood” (Getting Out Our Dreams/Def Jam) moved from number seven to four and Yxng Bane’s Quarantime: The Lost Files (Disturbing London) dropped out of the top ten.