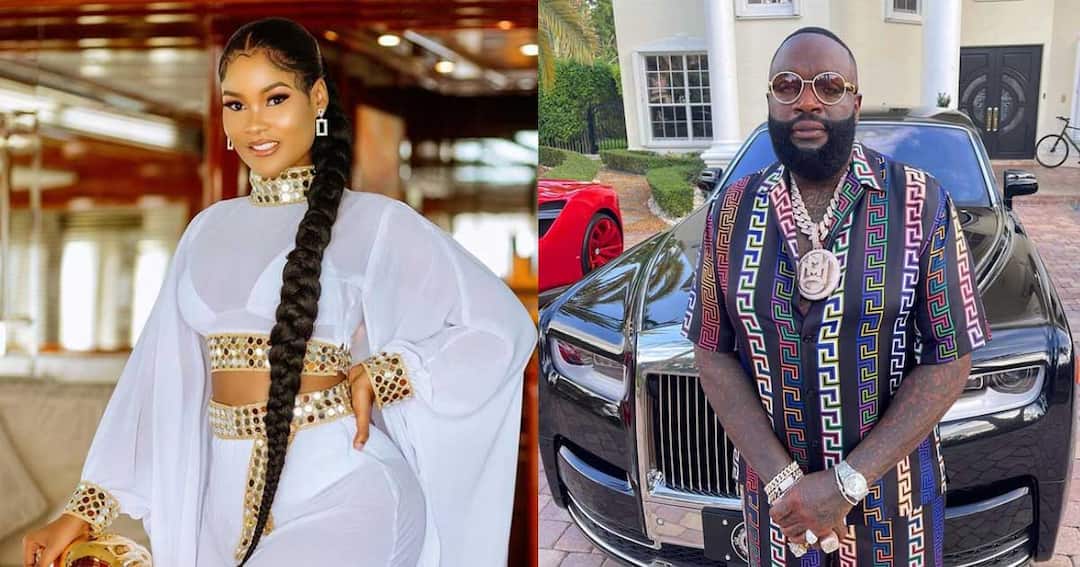 The duo was spotted getting cozy at a club in Dubai amid dating rumors that have been flying across the internet.

With the videos that have been making the rounds on social media, the once chubby American rapper and Diamond Platnumz’s baby mama, Hamisa Mobetto who is also a Tanzanian actress and model may have confirmed their relationship following months of speculation.

The rumored couple was last night spotted getting all loved up and stuff in a Dubai club. We could also see Ross lean in for a kiss at intervals, while Hamisa covers the whole show with her face as she smiles away.

Ross and Hamisa were later seen leaving the club together in a Rolls-Royce.

Diamond and Mobetto had a son, Dylan Nasseb, out of wedlock in August 2017.

At the time, the Cheche singer was in a relationship with Zari, who was then based in South Africa, and whom he had been cheating on with the beautiful model.

Rick Ross' recent interview on The 85 South Show left the hosts scratching their heads when the rapper took a bathroom...