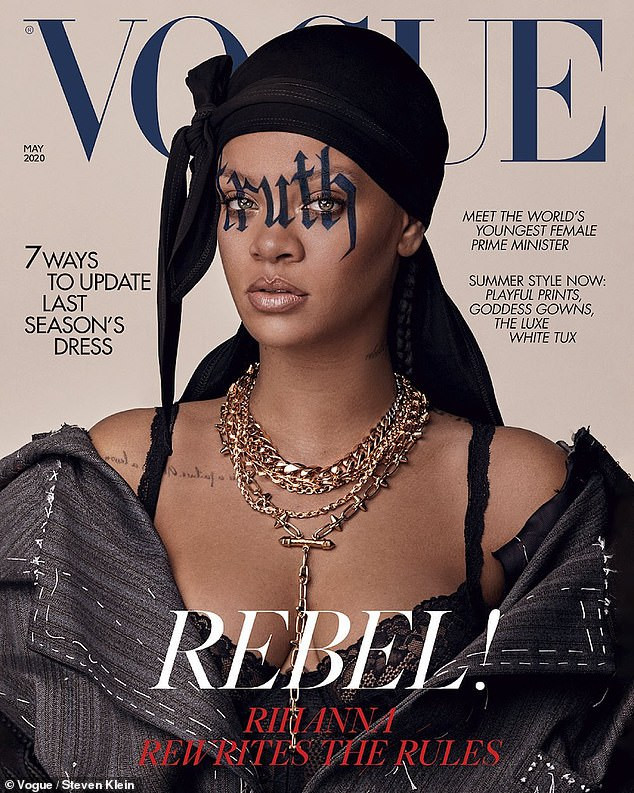 American singer, Rihanna has revealed her intentions to have 4 children with or without a partner.

Rihanna recently graced the cover of British Vogue and made history by becoming the first person to grace the cover of a durag for a high-fashion shoot. Speaking with the magazine, the singer opened up on her plans to start her family as well as her upcoming projects.

She revealed she’s open to raising ‘three or four children’ alone if she doesn’t find “The One” She said ‘Would I do it on my own? Hell yeah!’ Rihanna, who split from Saudi billionaire Hassan Jameel after dating for three years added: ‘I’ll have kids – three or four of ’em’.: ‘Hell yeah, I feel like society makes me want to feel like ‘Oh you got it wrong …’ They diminish you as a mother, [if] there’s not a dad in your kid’s lives. ‘But the only thing that matters is happiness, that’s the only healthy relationship between a parent and a child. That’s the only thing that can raise a child truly, is love.’

Speaking on music, she revealed that she can’t say when her album is going to drop but she has been working aggressively on her music. She said:‘I can’t say when I’m going to drop … but I am very aggressively working on music.I don’t want all my albums to feel like themes. There are no rules, there’s no format, there’s nothing. There’s just good music and if I feel it, I’m putting it out.That is happening… I feel like I have no boundaries.

I’ve done everything – I’ve done all the hits, I’ve tried every genre – now I’m just, I’m wide open. I can make anything that I want. ‘I can’t listen to my voice, you know. Oh, I’m nervous before even getting in the car to go to something, It can be devastating.

“Rihanna Speaks On New Album & Plans To Have 4 Children With Or Without A Partner”, 5 out of 5 based on 1 ratings.