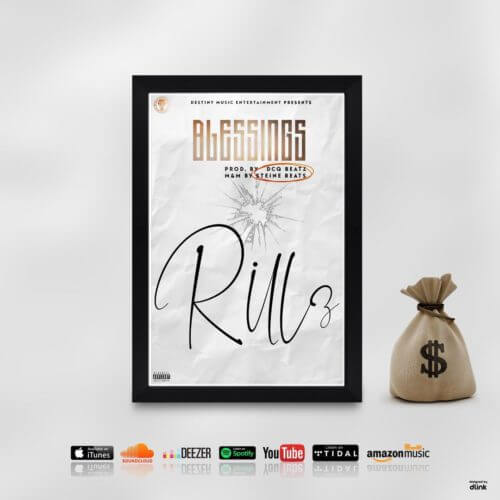 Rillz or Badman Rillz like some would say is a Nigerian-Ivorian who graduated from the university of Osun State in 2018. He is out with a new sound…

He is presently under the management of Destiny Music Entertainment. He is not new to the industry as he has previously worked with Kiddominant the producer of the biggest Nigerian song “IF” by Davido on a song titled “CORRECT“. His previous release “TETE LA” had Olumix as the producer and this time around he decided to give us something even different from what we are used to.

His latest release “BLESSINGS” is a fusion between afro and pop music which makes one want to listen from the first note. Rillz really delivered on this one… Listen!