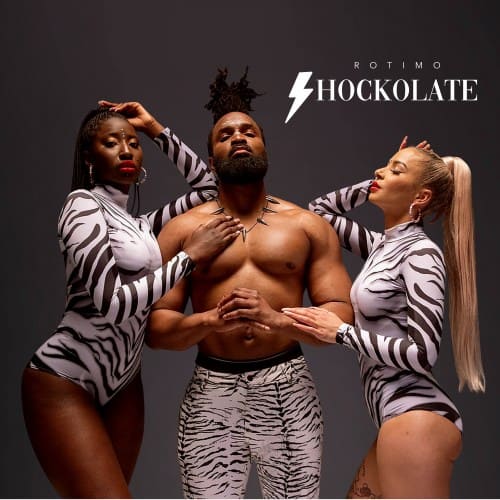 On the 1st of March 2022, Rotimo is set to unwrap his new song and accompanying video SHOCKOLATE. The song was penned by Rotimo and produced by Ajay on The Beatz whilst the video was directed by the renowned late Luke Biggins of Yellowfish Group. It is a fun filled song which playfully and creatively showcase a new way to say how someone you love ‘turns you on’. It will be available on Spotify, Apple Music and all digital platforms.

The release will also mark the launch of Rotimo’s very own brand of chocolate bars called ‘Shockolate’. The chocolate bars will be available in the UK via their own online store which will launch after the release. Following a successful release in the UK, they will then be available in other parts of the world. The music video which will be released simultaneously with the audio gives a glimpse of the brand and will serve to wet the taste buds of viewers.

Rotimo is set to make a return to the live music scene with live dates to be announced following on from this new release. A compelling live performer, he has performed alongside the likes of other great Afrobeats artists such as Davido, Runtown, Afro B, and many more. Stages he’s graced include The Loverbox Festival, The O2 Islington, the Jazz Cafe and others.

Born and raised in Lagos Nigeria and living in the UK for more than half of his life, Rotimo has been influenced by a diverse array of sounds which have given his sound an eclectic mix of musicality. Everything from Afrobeats, Pop, Soul, and Funk have played their part in his journey as an artist. Stay tuned as Rotimo is excited to share all that’s coming next.

‘Shockolate’ is available on Digital Stores – GET HERE