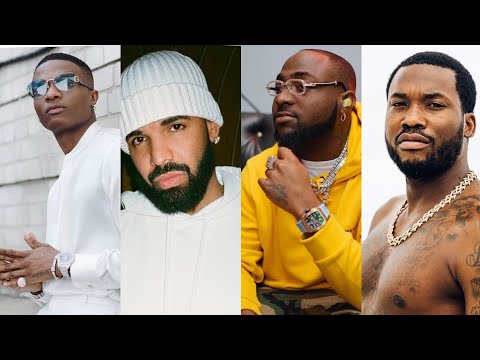 Last Night Instagram was on lockdown with the Battle Of Hit. Which happened live between Nigeria’s foremost producers – Sarz and Shizzi.

Sarz and Shizzi went head to head on Instagram Live yesterday for their ‘Battle Of Hit‘ session. The entire conversation started when American producers, Swizz Beatz and Timbaland went head to head with their battle of the beats. Nigerians got into action and challenged Nigerian producers to a battle, Sarz and Shizzi were picked to start up the ‘Battle Of Hit’ challenge. The battle went down yesterday by 10 PM and for an hour plus with top acts like Davido, Peruzzi, Don Jazzy, Reminisce, Timbaland, Swizz Beatz, and more watching.

Both Producers played the classic, mega and new hits they had produced. Along the line, at a point the battle turn into a Wizkid and Davido face off. One of the Major Highlight of the Battle is this interesting one we about to share with you all. Sarz played an Unreleased version of ‘One Dance‘ originally produced by him and performed by Wizkid featuring Drake to win the battle. But Shizzi did a comeback by playing the Unreleased version of Davido‘s ‘Blow My Mind‘ featuring Meek Mill.

Watch the video below to get the juice and listen to the exclusive songs.

“Sarz Vs Shizzi; The Producers Played “Wizkid x Drake” & “Davido x Meek Mill” Unreleased Songs During Their Battle || Listen!”, 5 out of 5 based on 46 ratings.