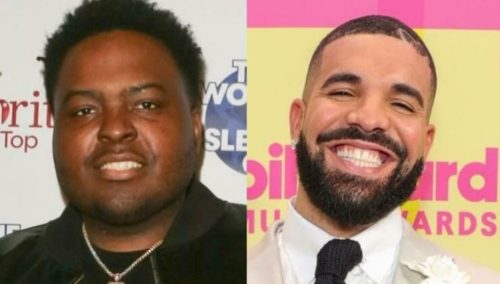 So many times, Drake’s lyrics come in handy when it comes to social media captions and the likes, just like many other rappers.

However, Sean Kingston has recently given an insight into the secret to drake’s flow of lyrics especially those pertaining to romance and relationships.

According to the singer, Drake pulls from real life. Kingston told HipHopDX, That’s why Drake is Drake because when he’s having conversations, the conversations he’s having, he’s putting them in songs. That’s why they can be Instagram captions. Yo, I’ve never seen nothing like it. The dude will be in the studio with girls…the dude is a G.O.A.T.

Sean then shared a story about being in the studio with Drake and witnessing it all go down firsthand. Drake was in the room, you know, he’s got girls around him and the guy is basically having conversations with girls and he’s just going back to the booth and doing his thing. And I’m like, ‘Yo, this n*  gga’s a genius,’ because he’s saying sh*t that n*ggas are scared to say and he’s winning with it.