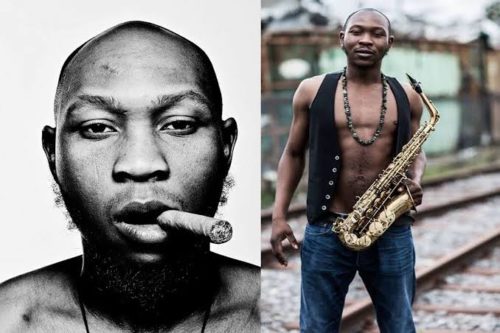 Seun Kuti should prepare himself and maybe- his mom- for huge criticisms following his recent interview.

The controversial artist spilled the tea on one of the Kutis family secrets. In an interview with The Abebes, Seun Kuti revealed that his mother, Fehintola Kuti smokes cannabis (weed) with him.

According to him, his mother is a chronic and secret smoker. He said that she had been smoking before his birth and continued after birthing him.

Seun Kuti also revealed that his mother would always hide in his room to smoke weed with him whenever her mother visited. According to him, his mom’s mother, Grandma – is yet to find out that her daughter smokes.