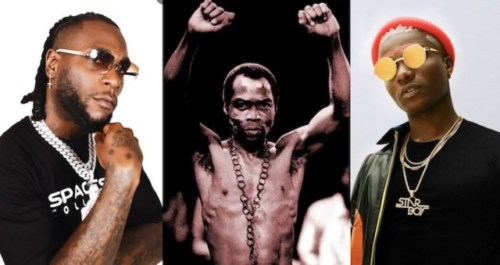 The last son of the legendry entertainer and activist, Fela Kuti has taken to his official Instagram, page to give insight into why he thinks the likes of Burna Boy, Wizkid, and Davido cannot be greater than his father.

Yet again, Seun Kuti revisits the age-long debate as to why he does not think Nigerian Afrobeat kings, Wizkid, Davido, and Burna Boy will ever be greater than his father.

According to a lengthy post, Seun says that is it not possible to be greater than that which you constantly steal from – Fela.

Seun further remarks that until Fela comes back to life to steal from some of their lyrics, then people’s comparison isn’t relevant.

Seun Kuti has constantly trolled the likes of Wizkid, Burna Boy, and Davido for some time now, and he does not seem to be giving up a time soon. He still strongly thinks that all they are today is owed to his father, Fela Anikulapo Kuti, who according to him does not get enough credit.

Another day, another Seun Kuti drama. This morning, Seun Kuti during his IG live decided to drop names of faithful...