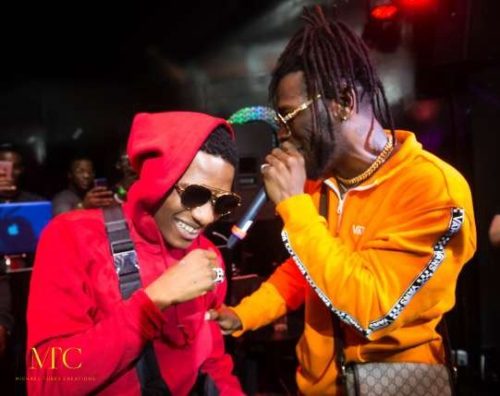 Here is a teaser of the forthcoming record “Ginger” by Wizkid featuring Burna Boy.

Just yesterday Wizkid tweeted about his new joint with Burna Boy, “Ginger” via his Twitter account. The record which was made known to be on Starboy’s soon to come album ‘Made In Lagos’. After this big announcement which he later deleted fans have been on the lookout and can’t get over the great news.

Not up to 24hours after the news a sample of the song ‘Ginger‘ surfaced online and fans are already jamming to the Starboy and Burna Boy’s vibe. Though the snippet is not too clear but you can still feel the flow and tell its a vibe.

Listen!!! (The use of earpiece/plugs is highly recommended)