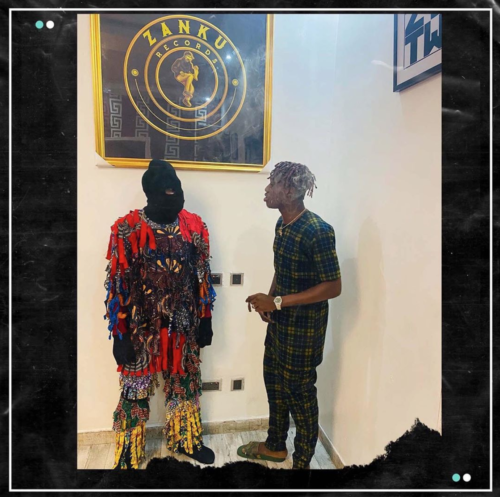 From the stable of Zanku To The World records, we present to you all the snippet to Zlatan and Obesere soon to come joint, “Egungun Be Careful” tagged (GbasGbos).

After the infectious song – ‘Egungun‘ by Obesere has gotten to the heart of many viewers and messed with their sub-conscious, Zanku pioneer – Zlatan Ibile linked up with the Veteran fuji artiste for a studio session to remake the viral record.

Both music artiste hit the studio for the remake of the trending ‘Egungun Be Careful‘ slogan to revive the old song and also bring the fuji icon (Omo Rapala) into the new school pop world. Fans has been anticipating the outcome of Zlatan and Obesere’s studio session since the breakout news.

Finally, E Don Happen! as we bring forth the snippet of Zlatan and Obesere’s incoming jam ‘Egungun Be Careful’ (GbasGbos) before the release of the full version… Listen!