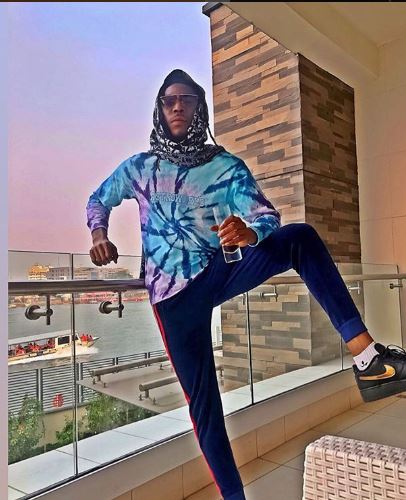 Nigerian singer, Solid star has fired back at his former boss, Paul of Achievas entertainment over his claims of spending a 100 million on his career.

The drama started when Solid Star called out the music mogul for cheating him and refusing to pay royalties for over 10 years. Paul clapped back claiming that he spent a fortune on the singer and that his mental health needs to be checked.

However, In a recent , which he shared on Instagram, the “Omotena” singer revealed that he made over 100 million for the record label. According to him, his former boss, Paul makes nothing less than 50 million naira per year. He mentioned a few of his hit songs and revealed that all of them had over 100 million streams on all digital platforms plus his albums which was released under the record label. Solid added that he had to clear the air on his former boss’ claims of spending over a 100 million naira on his career.

He wrote:  I can proudly say I made more than 200 million for my former company throughout the years I spent, from shows alone every year50 million is a must, Oluchi ft flabour, Wait ft Pato and Tiwa, My Body ft Timaya, Wait ft Davido, Skibo, One In a Million ft 2baba, Nwa baby ft 2baba, Baby Jollof ft Tiwa, Negotiate, good woman, Emergency and many more gross more than 100 million streams on Digital stores

and other platforms, 2 albums was produced, the gest videos was shot by Clearance, Aje films, and Adasa, and none of these directors charge up to 2 million as that then, promo was cheap, and none of these songs got international recognition because they were very good songs. I was always persuaded renewing the contracts even to the last one i declined. I just had to clear this 100 million lamba!