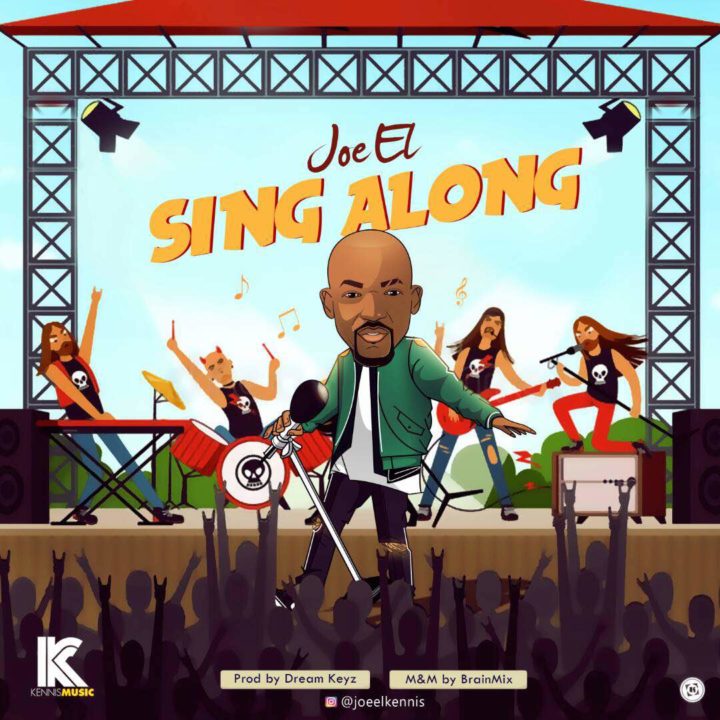 Joel EL Amadi releases first song in 2018 titled “Sing Along” which is produced by Dreamkeyz.

Beginning his 2018 campaign in grand style, Joe EL Amadi who is currently signed on to Kenny Ogungbe’s Kennis Music dishes out this new record titled “Sing Along” which is produced by talented instrumentalist and music producer, Dreamkeyz.

The Dreamkeyz produced song is one record that might just put Joe EL back on the map after his last record titled, “Keep Loving”, which was produced by Grammy Award winning producer, Hakim Abdulsamad, “who wrote and produced Akon’s Mama Africa, as well as produced Hold On by Joe El featuring 2Face Idibia

The new record, Sing Along is a dance hall feel good sound with some Caribbean flavour. Obviously, Joe EL is just one talented musician that has all it takes to top the charts again.

Every time I step into the club o (Sing along)

The girls them dey jump o (Sing along)

E be like sey na Dangote come o (Sing along)

They dey see me dey run o (Sing along)