Stop Comparing Me To Other Celebrities, They Don’t Wear Original Items – Watch Video

Previous: Watch Moment Speed Darlington Met His Music Rival; Vic O At A Club In Lagos, What Happened Next was Shocking!
By Taiwo Oluwafemi | Dec 20, 2019 | 11:24 - Leave A Comment 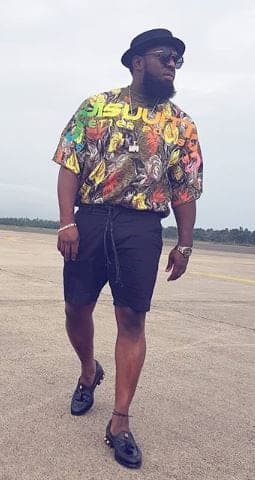 Timaya has ‘shattered the table’ as he says no other Nigerian celebrity should be compared with him in the area of fashion as they either wear fake or visit tailors.

The “I Can’t Kill Myself” singer took to his Instagram page to post a video saying this after a fashion blog made a list of their top 10 fashion conscious Nigerian celebrities in which Timaya’s name was added. The fact that he was added to the list apparently got him upset as he became vocal about it, he rejects the honour of being in the list and wants his name removed.

Stop comparing me to other celebrities. They don’t wear original items – Timaya

“Stop Comparing Me To Other Celebrities, They Don’t Wear Original Items – Watch Video”, 5 out of 5 based on 3 ratings.