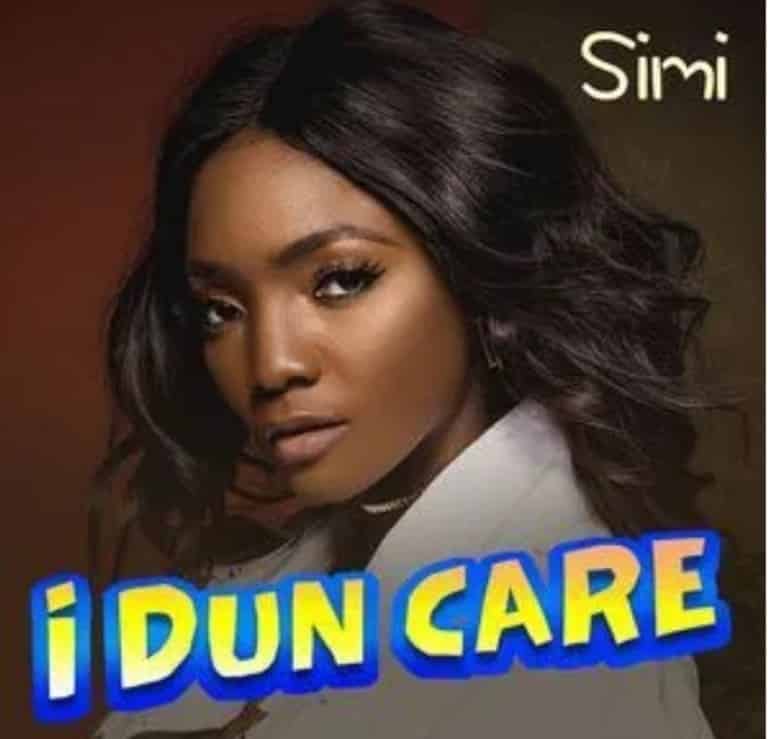 I call you baby, some people dunno I call you baby They say i’m crazy, no be my fault o, you drive me crazy E get as e dey do me o I carry your matter for my head

X3M songstress, Simi is done working on the Simisola album and her new music year kicks off with a brand new single titled ‘I Dun Care‘. After successful release of back to back videos from Complete Me, Hip Hop Hurray, Owan’be to Gone for Good e.t.c. The alternative music queen is ready to serve her fans with new renditions and that’s what she did on the Oscar produced “I Dun Care”.

Here is what we think about the song.

@manlikeyhusuff: Simi has always been a good singer right from her breakthrough in 2014 with the release of the record titled Tiff as produced by Oscar and the recent release of a deluxe version of the Simisola album just shows how hardworking Simi is, as a singer.

With the announcement of the release of this new music, I was particularly excited that I would be listening to a new Simi but unfortunately, Simi’s songs are gradually becoming a bore, no doubt every singer has a unique style but it’s more entertaining when an artiste explores other genres of music just to spice things up.

No shades, but this new song could easily pass as one of the records off her 2016 released album.

The instrumentals and progressions still sound the same and the delivery is just laid back.

Maybe Simi needs to explore other producers just to give us something different rather than the usual we get from her.

@qwin_aisha: First off the song is a jam, Simi did well although,  i feel it is not her best. The lyrics are on point; she has a unique style of story telling in her songs. I Dun Care basically talks about that bold girl who doesn’t care what other people think of her love.

I personally think Simi is an amazing talent that has a lot to offer but, she is still staying in her comfort zone as this song sounds like some of her hits songs of her debut album Simisola. I am a Simi fan who expected to see a new side of her talent, but i feel like i have heard this song before from the Simisola album even though it is a new song.