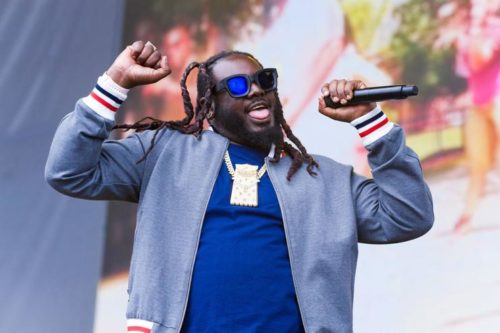 T-pain described himself as the bitch in the hood during an interview, for working with Tory Lanez and Chris Brown, amid drama with Megan and Rihanna.

T-Pain was a guest on Drink Champs last week, where he spoke about a slew of interesting topics. The artist spoke about his perception that JAY-Z’s “D.O.A.” was about him, his hilarious “beef” with Future, and the fact that musicians only make a small percentage of what record labels net.

He also spoke about the creation of his songs “I’m N Luv (Wit A Stripper), I’m Sprung,” and others.

A post shared by The Neighborhood Talk, LLC (@theneighborhoodtalk)