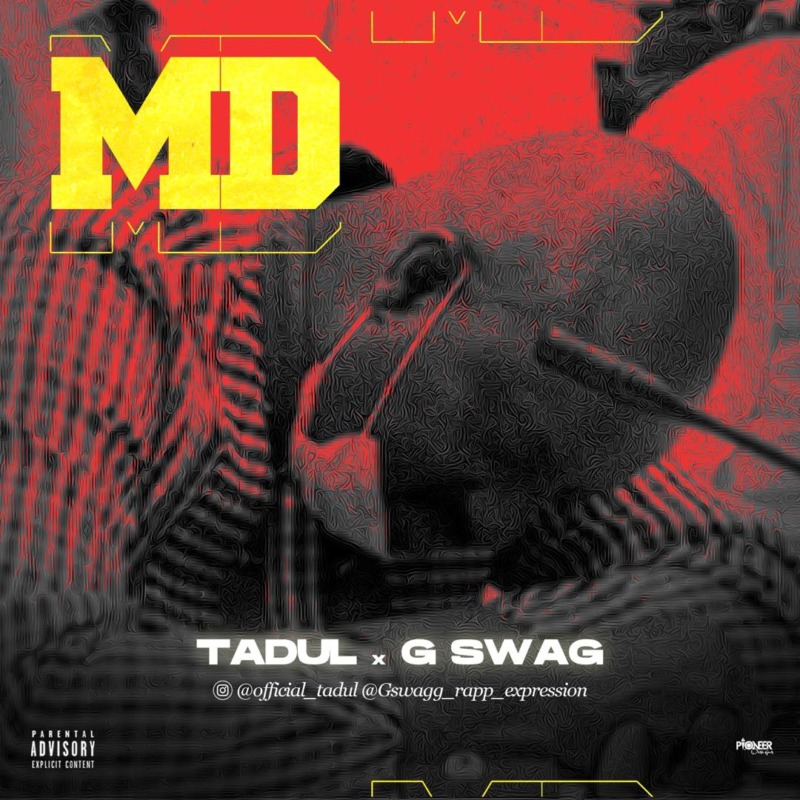 Abdul Omotayo, which is popularly known as “Tadul” has officially released his anticipated featuring with Gswag “MD” tapping into the viral “NDDC ACTING MD COLLAPSE VIDEO”, which is produced by Dsoul Africa.

“MD” is a song that talked about how the Acting NDDC MD Pondei collapsed under guilt of corruptions.

You really do not want to miss this jam. Listen and Enjoy below