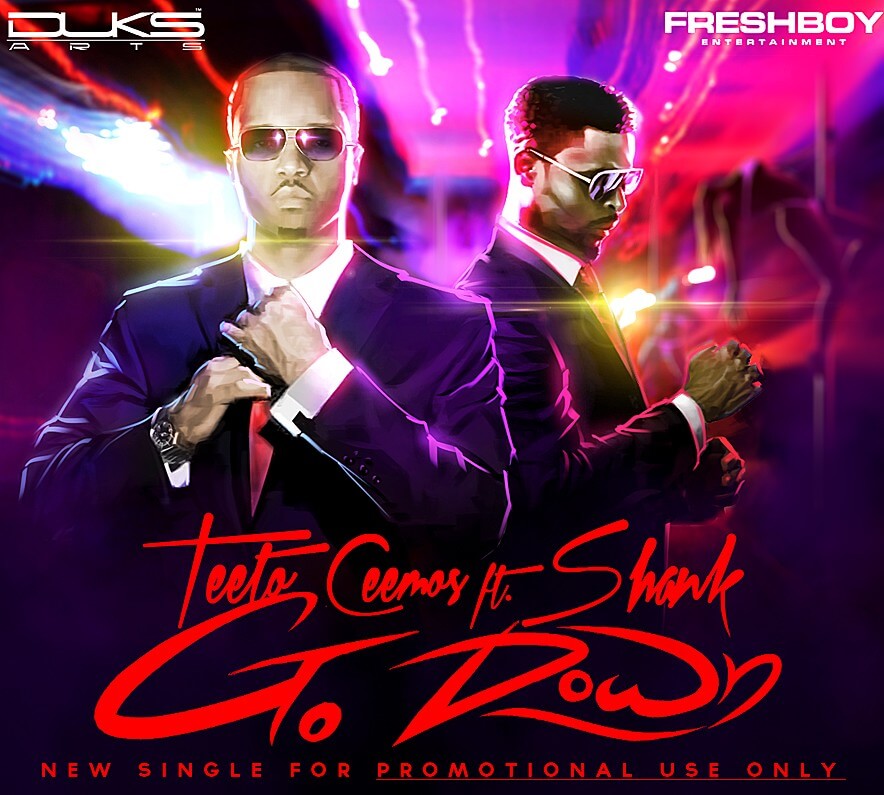 The anticipation for Teeto Ceemos’ official debut single has been steadily building over the past few weeks since the release of new visuals for “Missed Call” and the Adey-produced  Glory which features Nayo Soul. NOW it is finally HERE and the official debut single from Fresh Boy Entertainment’s TEETO CEEMOS is one hell of a MONSTER single!

Featuring Nigerian Dancehall/Reggae artist SHANK excellently providing an infectious and catchy chorus and also produced by SHANK himself who brings those lush drum arrangements and head bopping musical milieu to the mix to great effects, “Go Down” sees Teeto Ceemos in superb fashion with his trademark witty punchlines, smart and captivating lyrics and sublime flow.