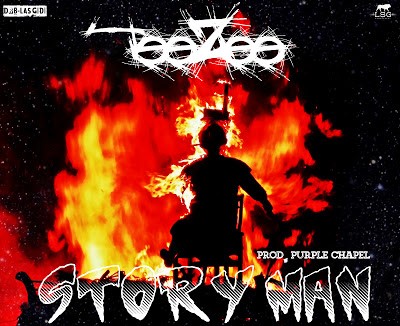 Teezee of DRB Lasgidi is back with another single off his forthcoming Mixtape Fresh Prince Of Lasgidi just a few days after dropping Theatre of Dreams. The track is titled “Story Man” and it was produced by Purple Chapel.

‘Story Man’ produced by Purple Chapel is the intro to his upcoming mixtape #freshprinceOfLasgidi and the song gives us a feel of what to expect from Teezee’s mixtape ‘Story Man’ is another catchy tune from the DRB-Lasgidi member in which he flaunt his lyrical versatility over Purple Chapel’s kicks and notes.

Press Play and tell me what you  think!