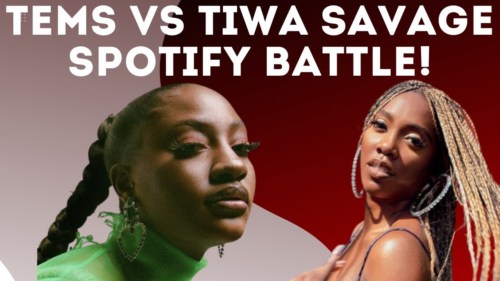 When Tems sang ‘You don’t need no other body‘, music lovers thought she was only referring to the love of her life. Not really.

This morning, Spotify released the list of their most streamed female afrobeats artists and Tems didn’t just make the list as the No. 1, but she broke another record.

This is coming days after Tems surpassed Yemi Alade as the second most streamed Afrobeat artiste. 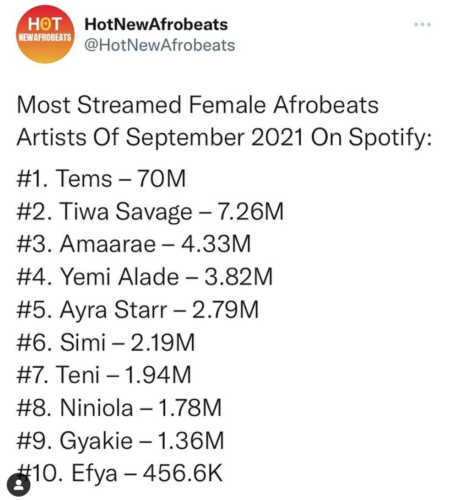