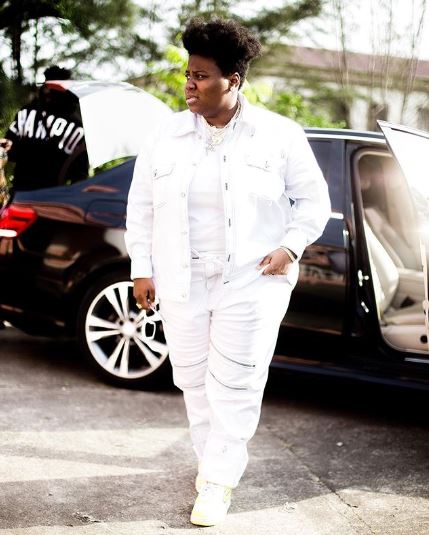 Nigerian singer, Teni the entertainer has sustained serious injury at the set of one of her music videos.

This week, Teni shot many viral moments from the making of a music video off her recently released Wondaland album, including a scene that looked like something off a ‘fast and furious’ movie where her car was suspended in the air with Teni singing at the front seat of the car.

After posting clips from her BTS moments, Teni shared a photo this morning with a sling around her right arm. It appears the singer might have fractured her arm when the car was finally dropped after the shoot.

Though Teni only posted a picture with the caption, “Na this hustle i dey so”, she hasn’t issued a statement to explain how she sustained the injury or if it’s a make believe for the music video which we suspect to be for the track ‘HUSTLE‘.

As expected, colleagues and fans have flooded her comment section with ‘get well soon’ messages and words of encouragement that her hustle must eventually pay off. 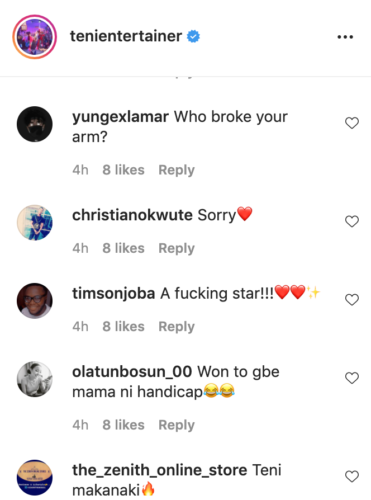 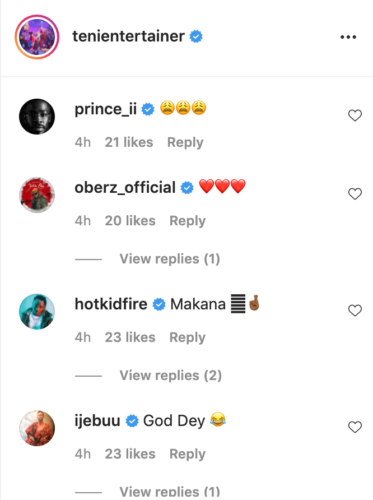 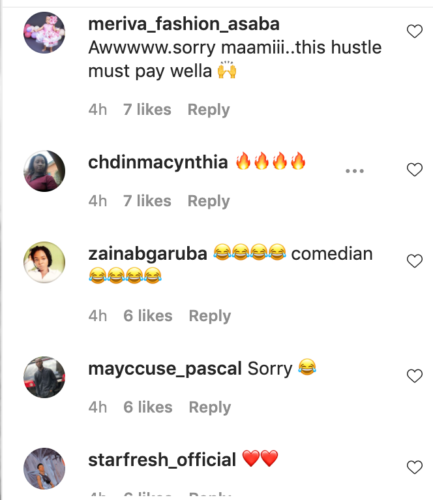 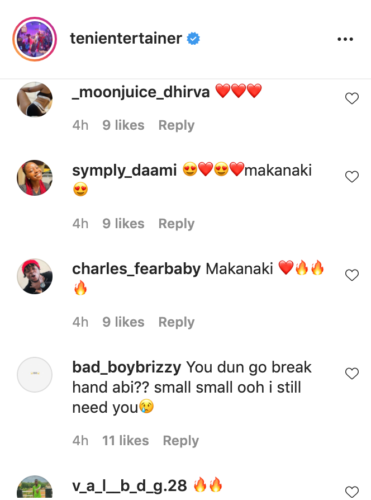