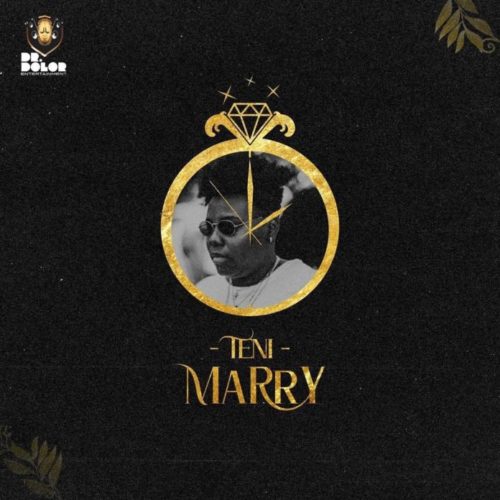 Teni the entertainer released a new track ‘Marry’ which happens to be her first single of the year after a fan asked for when she would be getting married and this article is focused on our thoughts about the song.

If you’re the only girl in the family or the first daughter with several siblings born after you (Just like this writer), you’ll completely understand the message of this song after the first listen.

Everyone knows that the issue of marriage is a sensitive topic especially to women in this part of the world. One of the African characteristics is the deep and universal conviction that marriage and children are blessings and lack of any of the two is considered a misfortune, or even a sign of a curse. Once a lady reaches a certain age, she is expected to marry and bear children and it gets worse when close friends and family members are all getting hooked up and it’s just her left.

Teni is one of the rare artistes that able to use her music to speak on certain topics that the society shies away from and is still able to make it a hit. Being a woman who has been constantly ridiculed for her size, dress sense and manner of speaking, Teni truly understands what millions of women are going through and decided to spread the love with a song.

In “Marry” , Teni talks about the pressure on women to marry by telling the story of a young lady that is seeking marriage from a man that she has been romantically involved with for 7 years. The lady is under pressure by her family to get married and she wants to know the direction in which their relationship is headed

Majority of music lovers might not entirely embrace this track because of its slow vibe – a sad one, like the entire story in the song ended in tears. Another feature that might make this record a walk pass for some is its inability to make fans dance and go bananas. But well we all know most Teni’s song are cool, mild and slow which still find its way into most people’s heart with time. She had proved this with ‘Fargin’, ‘Case’, ‘Power Rangers’ and ‘Billionaire’

However, we have to acknowledge the fact that this song is sending out a meaningful message and the positivity it preaches to the lives of people (Teni deserves lot of accolades for looking into this societal problem). Since its release, several female fans have thanked her for releasing such music and have testified that the track has helped with their struggles. It might be slow and sad but it’s a good record that carries a lot of weight. I’ll be giving this track a 7/10.

“Teni Has Mastered The Art Of Creating Hit Songs To Address Real Life Situations… “Marry” Review”, 2 out of 5 based on 9 ratings.