The Brother’s Keeper! Chike to release Second Album in January 2022 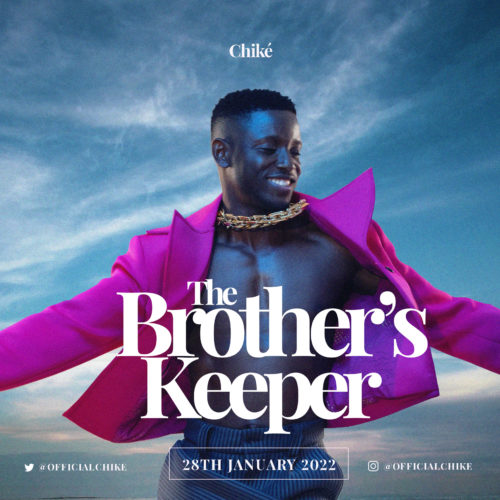 Music star, Chike has revealed that his awaited second album will drop on January 28, 2022. The album is titled “The Brother’s Keeper” and will reportedly feature production from Echo The Guru, KillerTunes, DeeYasso, Loudaa, Echo, and more.

The album title is inspired by the drastic change in Chike’s life over the past year. He has gone from chasing a dream to being a beacon of success for his family, team, fans, friends, and loved ones. The album is rumoured to have a theme of love, family and brotherhood.

Chike announced the album on social media with a quote from Martin Luther King Jr., which says; “We have flown the air like birds and swum the sea like fishes, but have yet to learn the simple act of walking the earth like brothers.”

‘Boo of The Booless’ which was hailed as an instant classic has been one of Nigeria’s most successful albums over the past year, bagging multiple Headies’ Award nominations, topping “Albums of Year” lists and producing hits like ‘Nakupenda’, ‘Running,’ ‘If You No Love’ and ‘Roju.’