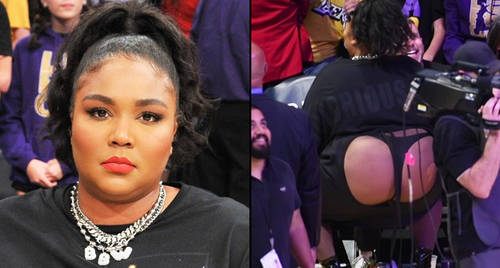 Rapper, The Game has stood up to defend plus-size singer, Lizzo against trolls. He said that social media critics are the ones who “ain’t shit”.

It was earlier reported that T.I. shared a few thoughts regarding the negativity Lizzo receives about her weight. The “Rumors” crooner took to social media to talk candidly about the trolling and harsh comments she receives and during the conversation, Lizzo broke down in tears.

The display caused her fans to come forward in her defense, while it only made matters worse. This week, The Game uploaded a video where he also spoke about people picking apart his decisions and business moves, and during his talk, he mentioned Lizzo, telling the public to leave her alone.

Like the sh*t y’all doin’ to Lizzo. Got her cryin’ on the internet and doing all that. Motherf*ckers like…y’all fans, man. Y’all fans. Stay fans.

Stay in y’all place, man. If somebody was on your ass every motherf*ckin’ day judging your motherf*ckin’ life, what would that look like?… Is you too old? Is you too young? What the f*ck is wrong with you? Y’all got too much motherf*ckin’ time to be worried about other motherf*ckers lives.