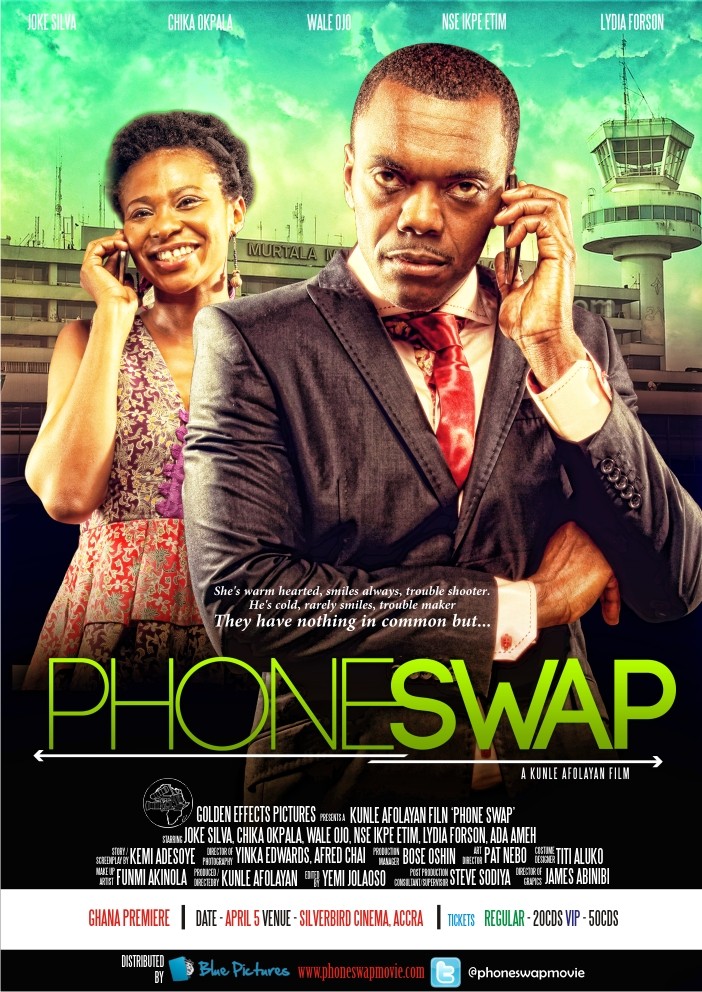 After a successful premiere in Lagos, Nigeria few weeks ago, that was also met with the news of multiple nominations in the upcoming 2012 African Movie Academy Awards (AMAA), producers of the Kunle Afolayan comedic-drama ‘Phone Swap’ Golden Effects Pictures in Collaboration with Blue Pictures will roll out the red carpet at the Silverbird Cinemas Accra on the 5th of April 2012.

The April 5th premiere is expected to attract, with glitz and glamour, and razzmatazz, as the who’s who in Ghanaian & Nigerian movie, sports, music celebrities and fans alike turn out to watch the critically acclaimed successful movie.

‘Phone Swap’ which features the likes of Wale Ojo, Nse Etim Ikpe, and Ghanaian Superstar, Lydia Forson, revolves around Akin and Mary who meet for the first time at an airport where they accidentally bump into each other and mistakenly swap their identical phones. This leads to a destination mix up after they receive one another’s text regarding a travel destination. The story would unfold at the star studded premiere on Thursday.