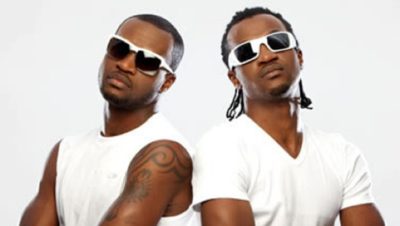 As the rift in the P-Square camp gets intense with the alleged split of the boy musical duo, we decide to bring to you one of the fan’s favourite on today’s edition of TX Throwback.

The record “Story” is off P-Square’s second studio album titled Get Squared, which was released in 2005.

According to the twins, ‘Story’ is a thank you song for everyone who contributed to their success.

Singer, D’Banj Has A Message For His ‘Kokolettes’ || WATCH

Fast-rising Afro dancehall musician Abiodun Emmanuel Chibuzor AKA Ebrave has a new song and visual out, and the title of...