Tommy Hilfiger Signs Wizkid Up For ‘Pass The Mic’ Campaign 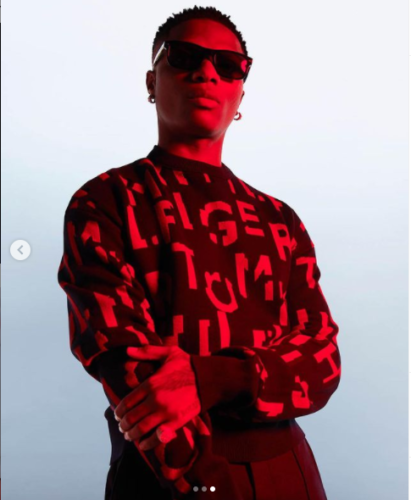 Grammy-winning musician, Wizkid, has been signed up by one of America’s foremost fashion companies, Tommy Hilfiger for its “Pass the Mic” campaign which is directed as amplifying voices globally.

The exciting news was shared via the Megastar’s official Instagram page.

The message reads, My people – your voice has the power to make change. What would you say if the world was listening? @TommyHilfiger and I have been working on something and it’s time we #PassTheMic to you.

We’re amplifying voices around the world and we want to hear yours. Send them an audio DM for a chance to have your message featured in the global campaign. #TommyPartner ????