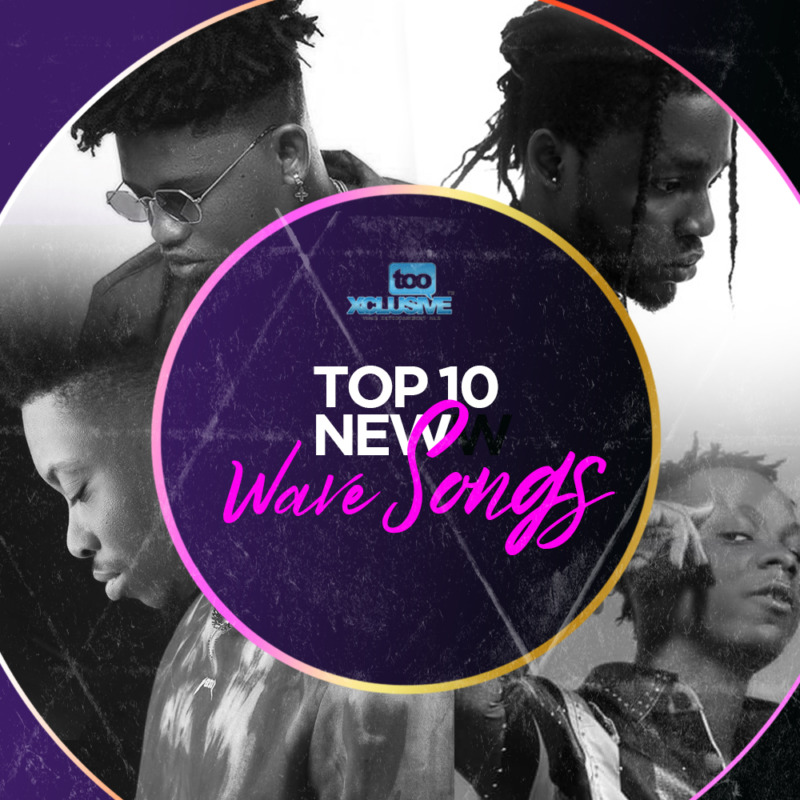 The rate at which music is being churned out from the Nigerian music industry seems to increase rapidly with each passing year. Every year, we get to see and hear new artistes that have studied & learned from the masters and heavy hitters in the game and are ready to take over from them.

2020 is the first year in the new decade, and it’s a suitable time to bring together a list of songs the new voices who we believe will shape the music industry in the coming years. They are called the “New Waves”.

In this article, we would be giving you the top 10 songs from these new acts that have rocked the Nigerian music scene. You may know some of these names, some may be brand new, but we’re confident that your new favorite playlist is to be found here. This edition has been both the easiest and most difficult one to put together because there’s such a huge amount of banging tunes from the newbies.

You might not know much about the Lagos state University graduate but everyone knows he’s the man behind the hit track “Vision 2020” – the track that hyped everyone for 2020.“Sho Mo Mi” is off his debut EP “High Tension” which houses 7 tracks. Bella released this love balled earlier in the year and it’s one of the most enjoyed tracks in the country to date.

A star in his own right, it was only a matter of time before Moh-bad broke out on his own. The singer had been trending underground on the streets and is known for his input on the viral song ‘Balan Zia Gar‘ (Gan gan). He later joined Naira Marley’s new label (Marlian Record) last year and teamed up with his boss for this hit.

As the title of the track which means “Didn’t Let Me Sleep” in Yoruba suggests, Mobad and Naira sing about their experience with a nymphomaniac. They sing about the lady that wants to take their life on the bed because she doesn’t get tired of sex.

Lil Frosh has that golden touch. The rapper’s catalog may be slim, but everything he releases goes viral, his street-level rhymes, his ability to form immediately infectious chorus lines is what has sustained him in the music game so far.  The Fast rising  act, Lil Frosh released his first hit of the year, which sees a collaboration with in-house melody singer, Mayorkun who gave him a melodious chorus. Kole Re Body’ is one of 2020’s biggest underground cuts.

Off Omah Lay‘s highly impressive new debut EP- “Get Layd”, “Damn“ is the first track on the project. The song talks about girls that love “jonzing” guys, bad boys that gat no job who does drugs, weeds, and online runs. This tune is a youth reality music, sure the new generation can relate to.

The next rated talented singer broke into the music industry with his 2019 debut hit. The song is ‘Spiritual‘ which featured Zlatan.  He later dropped ‘Lenu’ late 2019 and since then, Buju has captured the eye of music lovers. 2020 came and his dreams came through when he went with the African Giant, Burna who offered to jump on his latest song “Lenu” and later got signed into his Spaceship Record label.”Lenu Remix” is another track that been loved by many, it sits on the number 6 spot.

It would be disingenuous to describe Terri as a newbie to the game. The singer signed to Wizkid’s Starboy Imprint has been involved in a couple of projects and has some songs to his name. Terri debuted his EP “Afroseries” in May to start his journey proper and since then, it’s been nothing but pure vibes. “Ojoro” is off the impressive EP and shows that the singer is taking steps to be the next big thing after his boss, Wizkid. Starboy Terri’s ‘Ojoro‘ gets our number 5 spot

The songwriting of Oxlade may be deeply indebted to the sounds of music of the 80s and 90s but he brings more than enough warmth and humor to rebrand himself.  Oxlade first caught the public eye back in 2018 when he popped up Blaqbonez’s debut album, delivering a sonorous and captivating hook on the stand-out track, “Mamiwota”.

With this track, the fast-rising singer snagged a spot at the coveted top shelf of charts and since then he has shown no signs of slowing down. The jam is from his recent six-track EP titled ‘Oxygene”.

Oxlade is a star in the making and this track has shown music fans that he is a force to be reckoned with. Number 4 it is for the jam

Fast-rising artiste, Bad Boy Timz stunned the music scene with a unique afrobeat tribute to late King of Pop, Micheal Jackson titled “MJ“. “MJ” wasted no time in climbing charts even without a video, further shooting the singer into the limelight. Lyrics like “gbese bi ti Michael Jackson” tells you that a bop for not just steppers but even those that like to catch “cruise”. Even MJ himself would definitely love to bop to this. The song also has DMW artiste, Mayorkun on the remix which is another explosive you should watch out for.

With a healthy rollout of songs that went viral later year, “You” is his first single of the year which was released on the 14th of February, 2020. The song is perfect for love birds.  As his songs have become more elaborate, they have lost none of their unpretentious charms. Omah Lay has crept his way into our hearts in just a short period of time.

There’s this touching sense of intimacy to Omah Lay’s songwriting and singing. Every lyric – at every turn, on every release, you’re left feeling as though he bared his entire soul and you’re trapped in his own world. In “Bad Influence” his endlessly beautiful songwriting shows that he would definitely be relevant for a long time. Within just a short time, the singer has become a household name with only a few tracks to his name.

“Bad Influence” tells the sad tale of a love relationship turned sour. Omah curses his lover for being a bad influence and also leaving him helpless. Just think of this as a ‘The Weeknd’ song from a Nigerian. Y’all will agree that this song deserves the Number 1 spot.