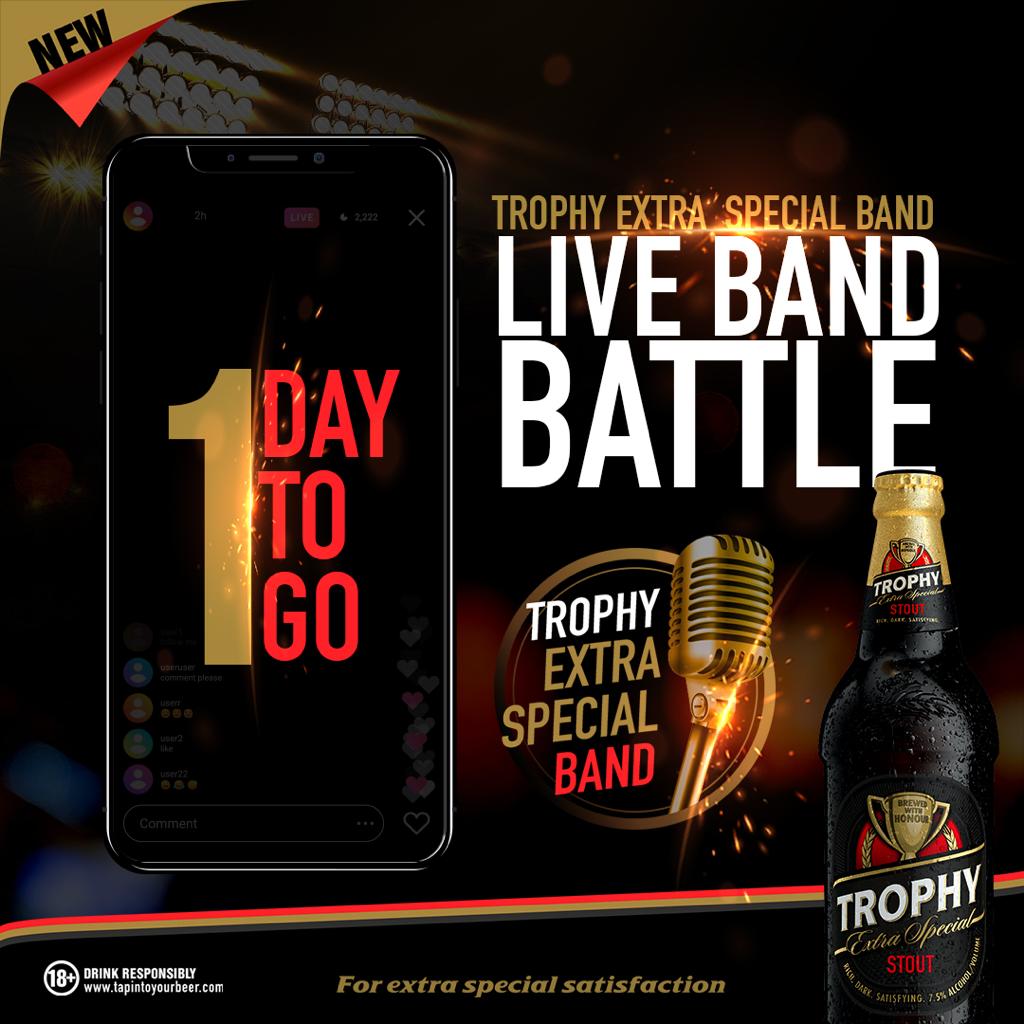 The final ONLINE contest of the on-going Trophy Extra Special Band Battle witnessed a night of rhythmic and musical artistry over the weekend, as six contestants slugged it out for the top spot.

The musical contest is aimed at recognizing and showcasing the wonderful sounds of live bands in Nigeria even in these times. The CoVID-19 pandemic, which necessitated lockdowns and restriction of movement in most parts of the world, including Nigeria, has forced the halt of social gatherings where live bands usually perform, posing a risk to the continuity of these creative business. To inspire and reward live band musicians, the Trophy extra special live band battle was born, an online contest to showcase these talent and reward top performers.

The stiff contest received over 200 entries online with Bands and hopeful giving their best rendition of Tubaba’s hit.  An initial 15 bands proceeded to the next round which led to a voting stage online where 5 bands emerged got the nod of online viewers based on vocal prowess, entertainment value, and votes garnered, TuBaba picked the 6th band through a wild card option.

They will be rewarded with cash gifts and other exciting prizes; the eventual winner of the competition will receive a cash prize of N350,000 and an opportunity to perform at various Trophy Extra Special Stout Brand’s functions when social gatherings restart safely.

Marketing Manager, Trophy, Bamise Oyegbami expressed satisfaction at the quality of musical talents the competition has unearthed so far. He reiterated Trophy Stout’s resolve to continue to support and celebrate extra special occasions and moments with its teeming consumers.

In line with its commitment to building great brands that stand the test of time, global beverage company, International Breweries Plc has been at the forefront of shedding the spotlight on musical bands in the country.”

For now, it’s up to the viewers to get behind their favourites and choose their winning acts through a voting process that will see a band emerge as the Trophy Extra Special Band. The finale will be streamed live on Friday July 3rd at 7pm on @TrophyStout & MTVBase Youtube pages as well as TuBaba & MTVBase Instagram pages while the live voting will be on @TrophyStout Instagram page. Repeat broadcasts will air on TV stations like MTVbase TVC, STV among others afterwards.