Tory Lanez Tweets About “Disloyalty,” Got Fans Thinking It’s About Megan And DaBaby 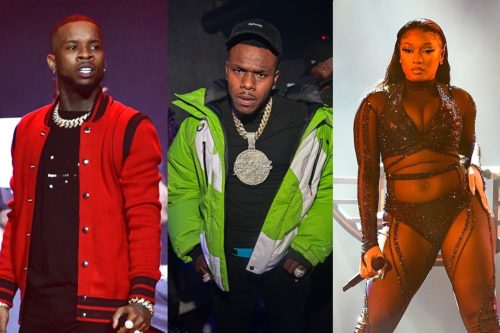 It has been days since Megan Thee Stallion and DaBaby had their Twitter confrontation about DaBaby’s collaboration with Tory Lanes on “SKAT”.

However, a recent tweet by Tory Lanez about disloyalty has got fans thinking it points fingers at either DaBaby or Megan. When it was first announced back in January, his fans weren’t sure if his union with DaBaby would hit streaming services.

Megan Thee Stallion was known as DaBaby’s “work wife,” as they’d collaborated on several tracks together, so fans were already skeptical about her acceptance of the collaboration.

Megan and DaBaby no longer follow each other on social media, but we’ll never truly know what has occurred behind closed doors. Meanwhile, Tory Lanez hasn’t directly addressed the controversy, a recent tweet has left fans believing he’s addressing either Megan or DaBaby.

Disloyalty is a Disconnect for me …… Why lie when u could have just told the truth.” Of course, this could be about anything but the internet seems to connect it with the Baby and Megan drama.