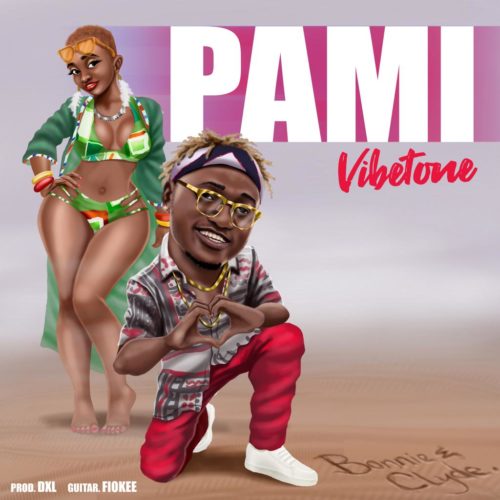 Young prodigy and Afrofusion artiste, Vibetone has released his debut single titled ‘PaMi’ meaning Mesmerise me in his indigenous Yoruba language. ‘PaMi’ produced by DXL da beat is a feel-good and danceable song which expresses the intoxicating love from his love interest, received by the singer. The guitar strings are deftly struck by Fiokee. It is a potential hit song released today and would be played on many radio stations.

Vibetones says the song is one of the many coming out from his repertoire as he storms the music world. “My song is influenced by the old generation Nigerian classics highlife and majorly Afropop. Music to me is an escape route from life daily struggles. My way of forgetting my problems and I want my listeners to get same feelings when they listen to my songs,” says the talented Nigerian singer who is based in New Jersey, United States.

Born as Adeniji Samuel Adedolapo 28 years ago, Vibetone grew up in Lagos, from a family of nine in Ojodu suburb of Lagos listening to the music of great Nigerian stars who helped shaped his musical influence.  He went to Mayflower Secondary School at  Ikenne, Ogun State.  Vibetone began music professionally in 2017. The likes of Meologo, Sir Dauda, Burna Boy, 1da Banton are the Artistes that inspire him.

The young artiste who believes in the impact of education already has a bachelors degree from the University of Ilorin, and MBA from Saint Joseph’s University in Philadelphia USA.

Pami is a song everyone would love to listen and dance to the vibe.