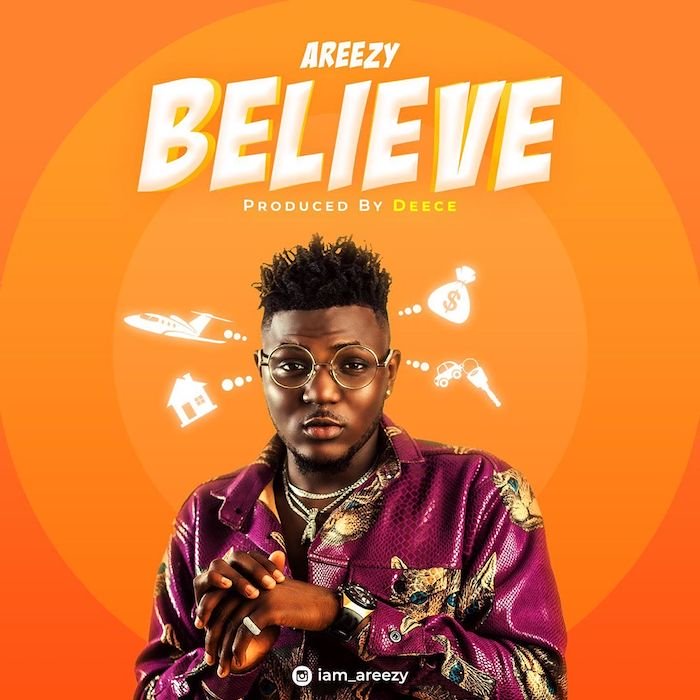 Following the successful release of hit single ‘Ori’, which the remix later had Oritsefemi on, fast-rising Nigerian Artist Areezy returns with another great effort, BELIEVE.

BELIEVE is a beautiful rendition which Areezy, real name Ariyo Awodele Ezekiel recounts his ordeals. Also an affirmation and speaking into existence the goodlings of life. Areezy is here to dish out hits after hits. Good music only.

Since the official audio release back in March, BELIEVE has garnered over 1million plays & downloads across all music platforms and still receiving massive airplays across major radio stations in Nigeria.

BELIEVE will serve as the first major project since Areezy got signed on to music company, Westwood Entertainment headed by Azeez Adewale earlier in June.

The beautiful visuals was shot on different locations in Lagos, Nigeria and directed by SPECIMEN films.