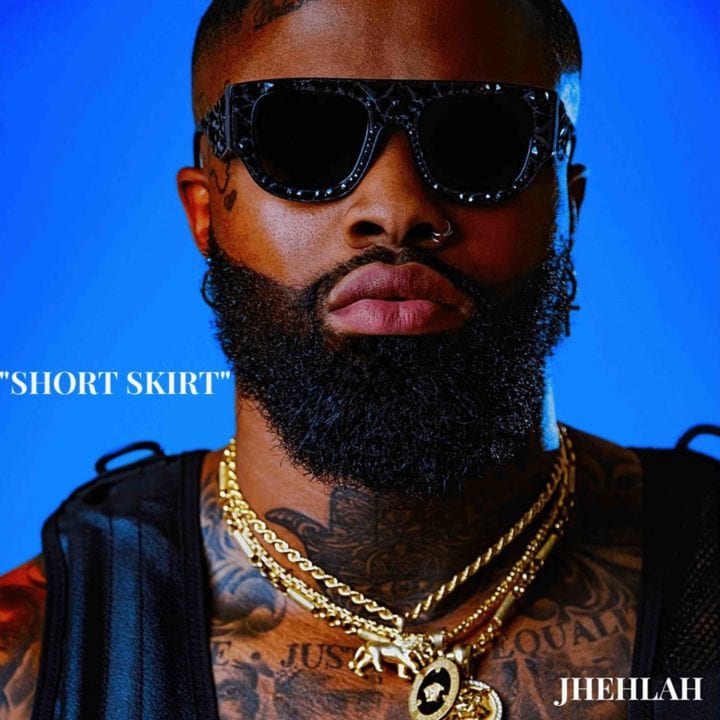 Burgeoning Afro-pop singer and songwriter, King Kennedy Oliver aka Jhehlah has followed up the announcement of his exciting debut single ‘Short Skirt‘ with an enticing top tier quality music video.As he mentioned on his introduction last week “the music industry moving forward would not have enough of me and that is why music listeners, buffs and critics alike need to pay attention to what I have to offer them musically and visually.”The music video which was directed by Mike Static with a catchy storyline features Jhehlah, and a curvy Hispanic video vixen that first appears in the clip as a delivery girl but later transforms (in Jhehlah’s imagination) into a sexy lady clad in a body-hugging short dress.

Bedazzled by her curvy nature, Jhehlah is forced to sing his lungs out to the lady who seems to have stolen his heart but the talented singer was also looking bad himself in the music video which is set to announce his brand to the listening and watching audience.

Jhehlah is also upbeat about the new video which however has a tangy twist to it, as he (Jhehlah) was forced back to earth by the lady who jolted him into penning his signature on her writing pad after taking delivery of the package she delivered to him.

A good songwriter and storyteller, King Kennedy Oliver, aka Jhehlah is a Nigerian-born musician, whose songs are rooted in both Nigerian and Ghanaian Pop/Highline nuances. Currently backed by world class production and Geobek standard management, Jhehlah is in line to take the music industry by storm.

Listen to “Short Skirt” below

Watch the Official Music Video for Short Skirt by Jhehlah, directed by Mike Static and produced by Yung Alpha …. ENJOY!!!