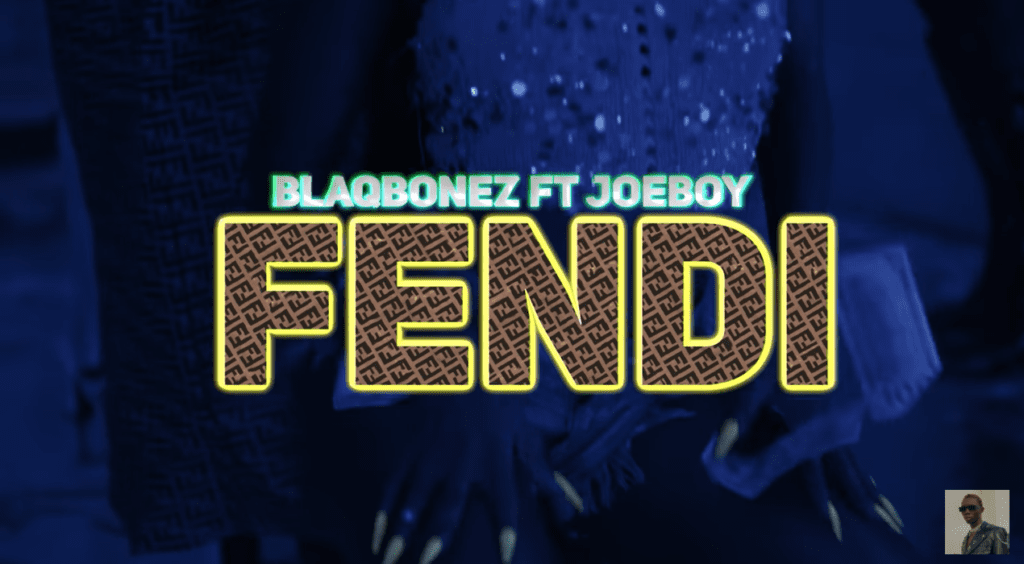 Nigerian singer and songwriter, Blaqbonez, has dropped the stunning visual for his widely-enjoyed single ‘Fendi’ which features the Nigerian pop singer Joeboy and is taken from Blaqbonez’s second major-label LP, Sex Over Love.

The glittery video comes after the positive acceptance of Sex Over Love, with many critics hailing Blaqbonez’s cohesive focus on a central theme on the album and Rolling Stone Magazine lauding it as one of the Best Albums of 2021.

The ‘Fendi‘ video continues Blaqbonez’s overarching theme of Sex being better than Love with the TG Omori-directed video switching from clips of Blaqbonez and Joeboy decked in Fendi outfits to shots of women having dancing confidently with no inhibitions.

Speaking on the video of “Fendi,” Blaqbonez said “it’s an amazing video, TG Omori came through and there’s a lot of fine & sexy African women in the video”

One of the most exciting and recognizable faces of the next generation of Afropop musicians, Blaqbonez first gained popularity as a rapper who released over six mixtapes in the underground before joining Chocolate City in 2019 where his debut album BadBoyBlaq was part of the rap-energizing LAMB August. Since then, Blaqbonez has released a series of projects leading to the arrival of Sex Over Love earlier this year.

As Directed by TG Omori (@boy director), Watch the crispy video below… GET AUDIO & LYRICS HERE