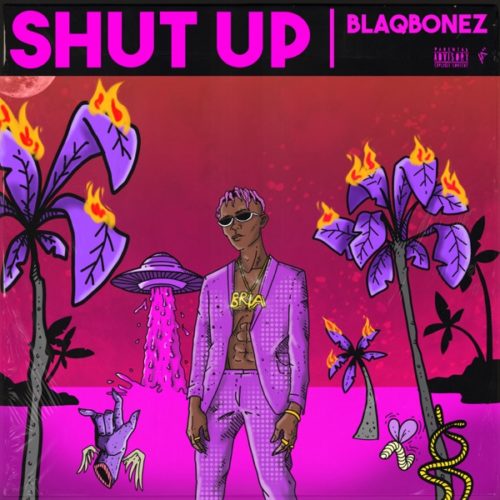 Blaqbonez the braggadocios rapper already proved that he is unafraid of going toe-to-toe with any rapper, with the controversial #BRIA single. With this latest drop, “Shut Up”, he is once again embracing all the smoke.

“Shut Up” is another self-assured song by the rapper, in which his supreme confidence is on full display. On the song, the artist waxes lyrical about his many many possessions, and reminds you why he is one of the most exciting prospects in Nigerian music. And just in case you thought Blaqbonez was going to let up anytime soon, guess again!

The Official Video for Shut Up by Blaqbonez who is signed to 100 Crowns, an imprint of Chocolate City Music solidifies his claim as The Best Rapper in Africa with a solid and unique flow by his persona Mr. Boombastic

As Directed by TG Omori, Watch and Enjoy below