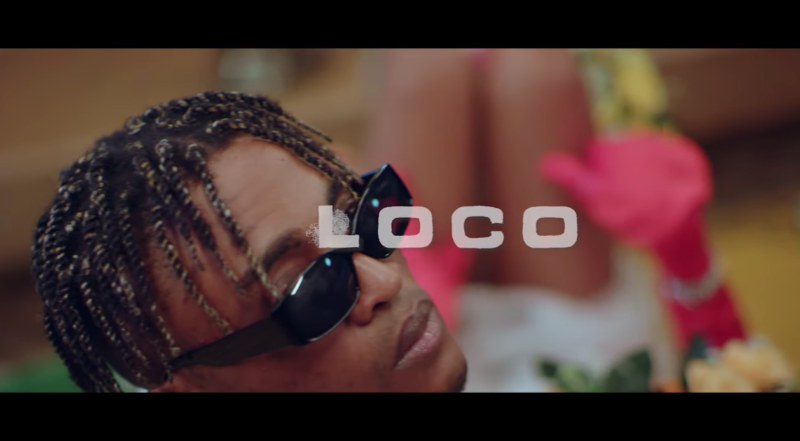 Fast rising rapper and Afrobeat act, Cheque returns with a new sparking visuals for the track – “LOCO”. This after the success of ‘Zoom Video‘.

The Newcomer Explores Afropop and Rap Styles With A Melodic Flow ‘Loco’ by Cheque….

Following the announcement by Phyno about a year ago, subsequent feature ‘Recognize’ and release of his impressive verse in ‘Warlords’ by Olamide, Exciting and emerging Nigerian rapper CHEQUE kicked start 2020 with his first single – ‘SATISFIED‘, a syrupy and hit potential record released via Penthauze Records imprint. Produced by Masterkraft, the single ‘Satisfied’ sees Cheque in his glorious form as a versatile musician. He waxes lyrical about deserving satisfaction from the opposite gender, using his smooth delivery and catchy flow to great effect. His delivery on the Swaps-mixed ‘Satisfied’ shows unforgettable cadence, right until he brings the track to the perfect crescendo. GET AUDIO HERE

After the success of his 2020 debut single – ‘Satisfied‘, Cheque follows it up with the release of his debut music project (Body of Work) titled “Razor” The EP. Off the EP the first track ZOOM became an instant favourite for music fans. The song paced up among other tracks, it sky rocket the name Cheque from a local act to an internationally recognized artiste. Without wasting time Cheque in his joyful state dished out an official music video for the record.

Riding on the Trend and success the PentHauze artiste is back with another video for a track off the ‘Razor EP‘. He picks on Track 2 – ‘Loco‘, An Afrobeat record produced by Tempoe.

Watch and Enjoy the crispy video for Loco, Shot and Chopped by TG Omori.