Previous: No Man Can Handle Heartbreak & Pain Women Go Through On Daily Basis – Tiwa Savage Fumes Over Maltreatment Of Women

The indigenous street pop rapper released this jam in the month of March and it became a trend on the street instantly because if its catchy lyrics ‘Waka Jeje, Waka like this, Waka like that’. Danny S dropped the snippet of the video for this record and since then everyone has been anticipating the official release.

Finally here is the video to the jam Waka Jeje, directed by Abula with special appearance of Instagram sensation, Taaooma. On this video Olamide and Danny S acts as Judges scoring beautiful ladies that Waka Jeje to their audition.

Submit your comment
8 total comments on this postSubmit yours
Popular Posts
HOT!! 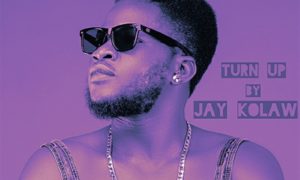 Talented and melodious singer, Jay Kolaw comes through with a new bang/jam titled “Turn Up“. “Turn Up” is a song…