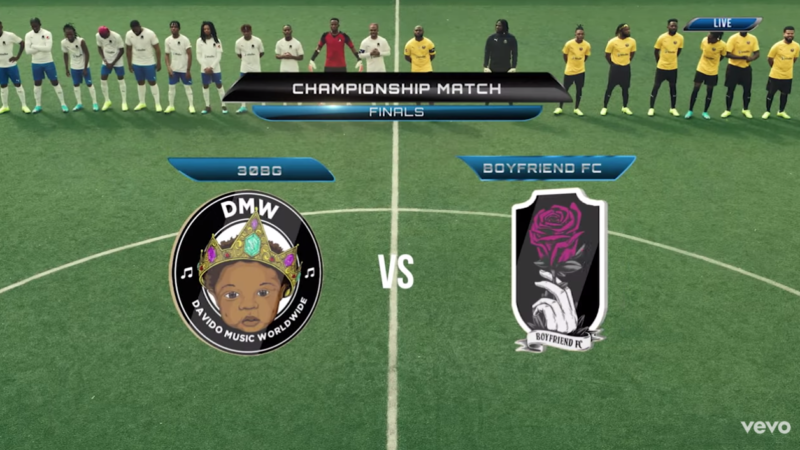 Off the A Better Time album Davido release the third music video for his Ckay assisted smash hit track “La La”. This new visuals is a follow up to The Best and Jowo video, It is one of a kind, not that regular music video.

“La La” which features “C-Kay”, is A blend of Afro-Pop and Amapiano that samples, “Makossa”. It’s quite an effort / music experiment from Davido.

Chukwuka Ekweani, known publicly as CKay is the rising star in the ever-burgeoning Afrobeats scene. A multi-talented artist, whether behind the boards as a producer or in front of the mic performing his self-penned songs, it is CKay’s single-minded vision that shines through.

La La Video is an epic football game between two clubs; Team 30BG captained by Davido and Team BoyfriendFC captained by Ckay. The video has guest appearance of Jay Jay Okocha as 30BG’s Coach, FatherDMW as the Referee, raving music, Instagram celebrities and the whole DMW/30BG crew as players. Davido tipped as CR7 (Cristiano Ronaldo) is that player the team is banking on for goals in order to win the Game.

As Directed by Dalia Dias, Watch and Enjoy below